Things Are On Fire!

Our Stay Frosty Dev Team (which is pretty much Devlin) have set up a Pinger app on our Discord that warns us about certain things. It works pretty well and I know he is trying to get it to do even more. Yesterday it started screaming about one of our Citadels. Luckily I was in a position where I could run to the studio and log-on as fast as humanly possible. Slam those headphones on, jump into comms and see what the deal was.

Apparently our wacky neighbors decided now would be a good time to poke The Hat Emporium and see what happened. Why anyone would want to explode the finest haberdashery in all of Low Security space is beyond me, but that did seem to be their intention. Some people do not like hats I suppose. Either way the attack was underway and the Citadel was manned thanks to Devlin, who ended up locked in there the whole time. People who man Citadels should get on killmails by the way, it is truly a crime that they do not. As well as Logi. Weren't we supposed to have that fixed already? But I digress.

Our pilots are super good at exploding Fighters. To be fair we may have the best killing Fighters pilots in all of New Eden. We killed a lot of Fighters in the early stages of the fight, enough so their Carriers decided to bugger off early. Still, a formidable force remained. There was no time to properly organize a resistance force, so we all just jumped into whatever expendable, high-DPS ships we happened to have at hand. I personally picked an Oracle for not only DPS but range. In hindsight I think one of my Nados would have been a better choice, but I was thinking fast. And the Oracle did just fine.

They had a lot of Logistics on the field. Maybe twenty or so, I dunno. Luckily the Citadel is armed to the teeth and amongst its arsenal is a bunch of ECM thingies that can jam Logi ships. Our tactic evolved into a simple execution - someone in a tiny brave ship gets tackle and then we all warp in at range, burn it down, then warp off. Rinse and Repeat. 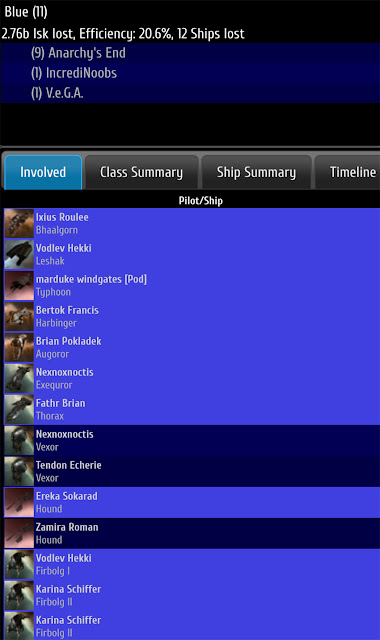 You can see the final battle report here.

That was a fun fight and strangely enough we didn't get Dreads or Titans dropped on us this time. And don't worry The Hat Emporium is fully repaired and open for business again.