How to Save the Alliance Tournament 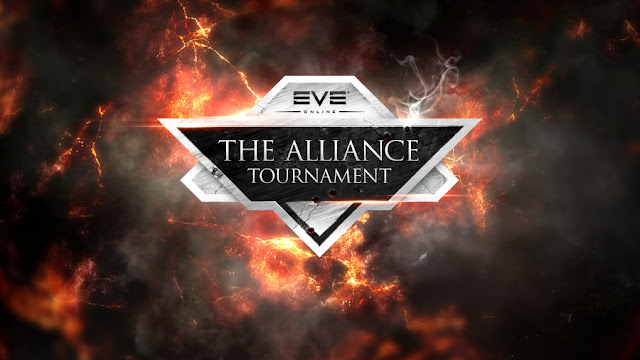 If you are like me and recently read thru the CSM minutes you probably noticed a significant non-committal from CCP regarding the return of the Alliance Tournament. This was not the answer most of us were hoping for and I was more than a little disappointed that more pushback wasn't forthcoming from the CSM. Frankly I expected more. I, for one, believe the AT is an institution of Eve Online, a cornerstone event that needs to be saved and returned. Granted, there are roadblocks to doing so and many of those have an impact on Dev time and resources. But this is the Eve Community! So let's look at some ways in which the AT can be saved.

Like Eve itself, the AT is often a victim of the same old response loop. This is the way it has always been done, and that way doesn't work anymore, so we should stop doing that. As any intelligent business person will tell you, that kind of thinking leads to stagnation and eventual entropy. It is moments like this that call for innovative thinking and solutions that are often radical. The point of this is to bring the AT back, in some recognizable form, so that the institution itself remains a vital part of Eve Online. I personally believe this is critical.

Look, I'm not being paid to develop a proper business plan here (although I'd welcome the chance), but I think we can start by making some assumptions that could help us start along the right path. My first inclination would be to develop the AT as a profit center that is capable of tracking income, costs, and resource allocations. One way to get that started, and this isn't the only way, would be to move from a Plex based system to a direct cash system. Instead of plex, participants would pay CCP a fee to participate. (And yes I know Plex is Cash, but the origins of that are complicated. This would provide a direct method that introduces 'new' cash into the system.) 64 teams of 20 players each at $29.95 for example would result in nearly $50,000 in income to help pay for Dev time. Which is essentially 300-500 hours worth. This would help eliminate the "volunteer" argument.

But I wouldn't stop there. Additional sponsorships could be sold, perhaps even 'team' sponsorships like many eSports tournaments do today, could be considered. This would result in additional revenue streams, as would Twitch subscriptions potentially. There could be Merch tie-ins available at the Eve Store. Perhaps exclusive AT themed Skins available for viewers. Perhaps one lucky high-bidder gets to comment live during one of the matches? Maybe multiple bidders do?

I wouldn't necessarily support all of these efforts at commercializing the AT, but let's face it, either we move in that direction or we don't have an AT? I'll pick the commercialization route.

Perhaps yearly Alliance Tournaments are a burden on CCP? Maybe we need to move to a different schedule? Maybe the AT only happens once every two years? That kind of move would help alleviate the Dev pressure at CCP and also increase the enthusiasm for the event amongst the players. One problem with previous Alliance Tournaments was always the flexible schedule sometimes meant that the next AT happened less than a year from the previous one. Which was not only weird, but also time consuming.

One problem not addressed is the production itself. For the past few ATs production was handled by my friends at Eve-NT in England. This helped to also take a lot of pressure off of CCP having to run the production out of Iceland. Plus the additional cost associated with flying people in, since most of the Eve-NT commentators live in and around the studio location. What that situation is today is unknown to me as I write this quick post.

I formed A Band Apart primarily so that we could fly in the Alliance Tournament. I know when the last one was cancelled a lot of players left the game, or silently disappeared into the ether. I know of entire Alliances that dissolved because of it. The Alliance Tournament is important. Important enough to be saved and returned to the community.

How can we help make this happen?