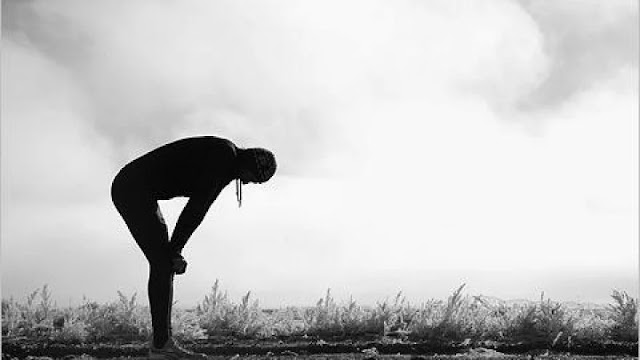 In my experience there comes a moment in every game when you reach the zenith. When you figure things out, gain enough experience, get used to the pace, or whatever it takes to essentially master the game. Then it stops being as much fun, or as challenging, or as interesting, as it used to be. This is one of the biggest reasons that Eve Online remains interesting to me after 11 years - because it doesn't do that. Of course much of that is because I've purposefully engineered my own play style for that specific purpose, so that it doesn't happen. I can understand how some players might have a different experience, doing the same things over and over until they hit that zenith.

But I realized a long time ago that if I was going to commit to long-term Eve, then I needed to make sure that didn't happen to me. I know more than a few players in my line of work that have chosen a different path, always flying a few types of ships, always with a Wingman, and only choosing fights they know they can win. That's a choice. But for me, I know that kind of choice would get boring quickly and I'd end up quitting. Which, to be fair, most of them do.

To each his own. I'm not disparaging anyone else's chosen play style, only explaining my own choices to help set up this post. Sometimes I hit a hot streak and I write a nice post about all my victories, solo kills, or gang action to help promote Stay Frosty or ABA. But I also like to point out the times when I suck ass at this game of ours. I'm not ashamed of those moments (well, some of them are pretty bad), and I want to encourage those players that are also having a bad run. Even the Pirate Lord of Low Sec has his worst moments.

Let's take a closer look at some of the horrible choices I've made recently.

Scorpion Tarp
I built this Scorpion for one reason a few years ago and I kept it in my hangar only undocking it when that reason came around. I built it to engage large Frigate gangs, mostly E-Uni gangs, that come thru local every so often. Rarely I would use it for other very specific engagements. So the other day a large E-Uni fleet came thru and I warped it into position hoping they would come and attack it. They did not. But then I saw a few of them lingering on gate and I warped over. Well, as you know, BS warp very, very slowly. By the time I got there they had gone. But there was a Slasher that had just jumped thru, and it wasn't leaving. So I aligned out and killed the Slasher. Of course that is when the Hyperion appeared right next to me. I had gate aggro from the Slasher/Pod but I immediately engaged the MJD, but the Hyp caught me before I could warp away. Mostly it was the gate guns that killed me, but still that was an obvious tarp I fell right into.

No Cap
FireSequence and I were out in dual Firetails when we saw the Vexor in a medium all alone. After not carefully considering our options we decided to attack it. You never know right? Well this Vexor happened to be properly fitted and I spent the entire short fight without any cap at all. My guns still worked and while we both bought the farm we did manage to get him into low armor at least.

Beam Lasers
Yeah they are not good for poor little Rifters. Despite heroic levels of manual piloting I never even landed a blow.

What's the Range on this?
God only knows the last time I flew this CNI, it was obviously long enough that I totally forgot that the range on the dual target disruptors is only 16k. Yeah, derp. That was dumb.

Oh I have Rails?
Sometimes you grab a ship from the hangar and head out to find targets without really taking a good look at what you are flying. I totally tackled this Caracal thinking I was sporting blasters when in fact I had rail guns in the highs. Either way the Caracal almost died. But it didn't.

Think Before You Undock
And this is the one I am actually ashamed of because I have no idea what the Hell I was thinking. I remember seeing the Daredevil in the plex and I remember grabbing one of my Daredevils to go engage it ( I always try to engage with a like ship when possible) and instead I ended up fighting in one of my Dramiels. Which I would never in a million years drop on to a blaster DD inside a plex. As you would predict that fight did not go my way. Sigh.

These are all good stories. Sometimes the best stories don't always end with you winning. But just so you don't start thinking that they all end with me losing, I'd like to point out the kill of the month.

Dominix with Orca
Yes this 4b Dominix was mining in my home system with an Orca. Yes that is 3 Pithium A-Types on a ship with mixed guns, miners, and no rigs. Yes we each made close to a billion from selling the loot and yes we suspect that he was multi-boxing both ships. Otherwise I have no explanation for this.

But I suspect this white unicorn kill is what started the Bad Run that followed. The scales must be balanced.