A Band Apart: The Next Phase 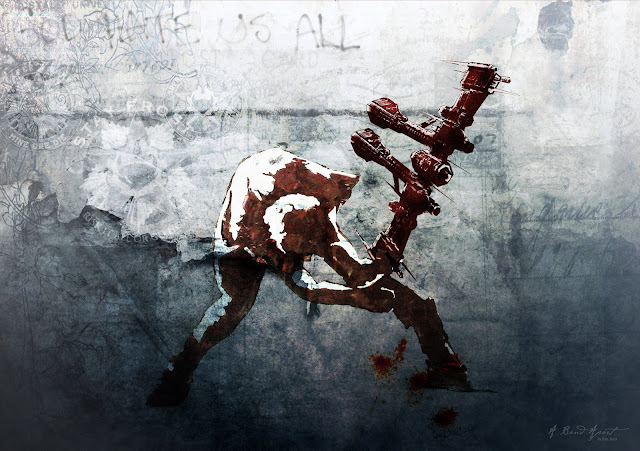 It wasn't long before other Corporations became interested in joining the Alliance. And out of that growth came our first philosophy regarding accepting new Corporations. We'd look for groups that focused on areas of the game that we did not, all under the same guiding principles that Stay Frosty was founded under. And this worked for many years and ABA continued to grow. There was nothing fundamentally wrong with this approach and we had many good years together.

But time passes and the strain of time started to show. Especially on the Wormhole side of things, which had always been a challenge for us as a group. The current state of War Declarations in Eve Online means that ABA is pretty much constantly under a War Dec, which can make operations outside of Low Sec difficult. This combined with the different demands on allies, support, and other entanglements presents a constant challenge to those outside the protection bubble of low security space. This caused incredible strain for our long string of WH Corporations, the last of which left us in December. And while we remain friends and often fly together - these changes have led to some re-thinking on my part.

In December ABA welcomed our first ever Pirate Corporation to the Alliance when Average Pilots joined us. You may be familiar with the streamer Joebane Maetheon who is the CEO. We knew these guys for a long time and realized that we shared many of the same philosophies when it came to low sec, so it seemed only natural to join forces. And today I just accepted our second Pirate Corporation to the Alliance - Abscondita Stilio will also be joining the Alliance.

These additions mark a change in how we will be approaching further growth for A Band Apart and a new overall direction for the Alliance. It is now my intention to add a further 3-5 low sec based Corporations to our growing family and build a new, more powerful, PvP/Industry focused Alliance. This will serve to better position us around our true nature, which is what it has always been and help us become a more powerful and decisive force in low security space.

Stay Frosty and Lucifer's Hammer once formed the entire Alliance, and have served as the backbone of the past six years. Now, as we move forward into the future, we will be building on that backbone and adding more friends to help us achieve our goals. And should the Alliance Tournament ever return (see my last post) to help us win it. Which has always been, and continues to be, one of my primary goals in Eve Online.

So to all you independent minded low security Corporations out there, consider joining forces with our Alliance. Reach out and talk to myself or one of our Directors about coming on-board and helping us achieve these goals together.

The doors will be open only for a short time, so now is the time to act.

We look forward to flying with you.