A Decade Later: Why Do I Love Eve? 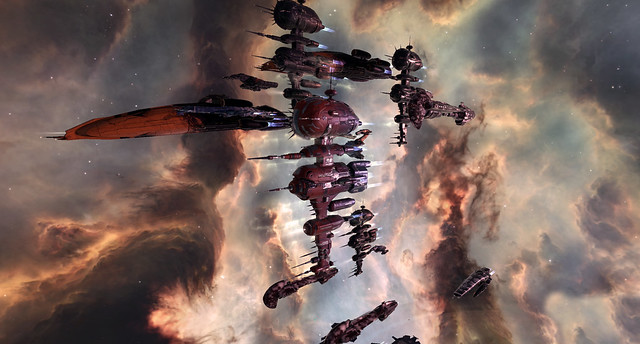 A decade ago I wrote a piece called, "Why Do I love Eve?" that won a contest that my friend CrazyKinux held at the time. It was this blogs first true exposure to a wider audience. You can read the original here.

I had no idea when I wrote those words ten years ago now of what lay ahead of me. How could I? This April my wife and I will be making our fourth trip to Iceland. And later on this year we will be taking our second cruise with our Eve friends, holding our fifth Steel City Eve player meeting at our home, and during it all giving away tons of free swag, arguing about Warp Core Stabilizers and the future of Low Sec, meeting new friends, and catching up with old ones. To say it has been an incredible journey would be an understatement.

It wasn't until 2015 that I met someone, other than my Son, who also played Eve. And in the years since this great community of ours, the friends we've made, and the adventures we've had - those things have gone a long way towards being much more important than the game itself. This was the unexpected part. The bit I couldn't have known about when I wrote those words a decade ago. I get a lot less angry about things now than I used to. Whatever CCP decides is fine with me. The endless arguments about Eve being ruined, destroyed, dead, or whatever just don't mean as much as they used to. My Eve is about people. My fellow pilots in Stay Frosty and A Band Apart, my friends around the world, and those that continue to have a positive and meaningful impact on the game. Both inside and outside of the virtual world that New Eden represents.

I have to log on here shortly for some adventures. But I wanted to link that old post and reflect briefly on the distance between then and now once more. This will be the last "10 year" post I promise. The thing about that original article and today that hasn't changed remains the spaceships. I still get a thrill fitting up a new ship and undocking it into the unknown. That joy has never faded.

I wish, somehow, I could communicate that feeling to more people. I'll keep trying.

I suppose, in many ways, that is why I keep writing and creating.