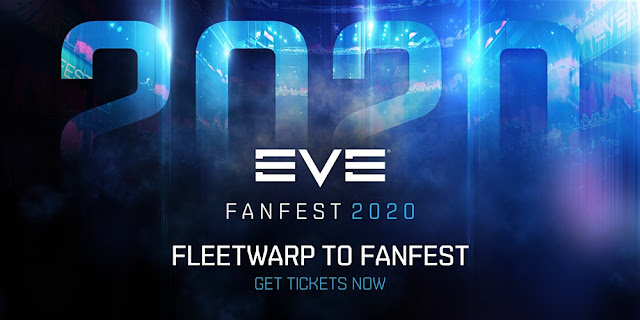 We are confirmed for Fanfest 2020! My wife and I will be attending our fourth Fanfest in April and we both hope to see you there. As is tradition we will be bringing along plenty of swag to trade and share with everyone, so please feel free to come up and introduce yourselves. That is the whole reason we come to these events - to meet as many of our fellow players as possible.

Before our first trip in 2015 I had never met another Eve player in real life. I will never forget that first day in Reykjavik. We arrived after a long flight in the wee hours of the morning and dragged our tired bodies into a shuttle bus to the city from the airport. The sun wasn't up yet and the lava fields that we've come to know and love, looked like an alien landscape. It wasn't long after we arrived at our hotel (then newly opened Apotek) that we dragged ourselves over to the Laundromat for breakfast. Which was chock full of Eve nerds! 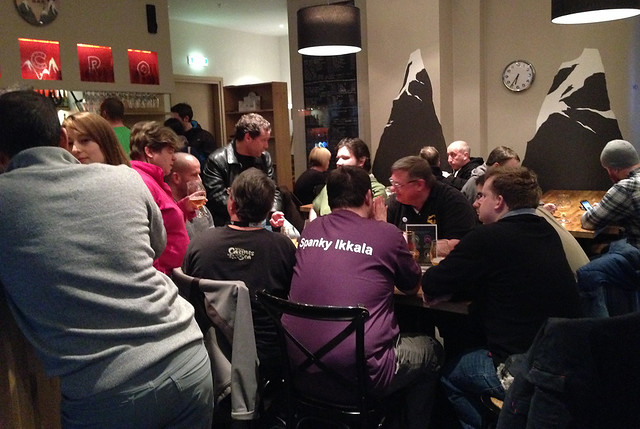 What an awesome day. Most of that first day is a blur of memory at this point, we were exhausted when we arrived and we still had a full day ahead of us. At that point I was working directly with CCP on various projects, the main one was the poster series that was being unveiled at Fanfest that year in the Eve Store. So we got a private tour of CCP's offices and I was a total fanboy, meeting CCP Devs for the very first time. I actually waved at CCP Explorer who had no idea who I was. And later that evening we had a wonderful dinner with Seagull and her husband, along with Spitfire, who at that time was running the Eve Store.

It was an unusual and amazing first day to say the least. When people ask me why I keep trying to work with CCP all I can remember is days like that one - when it works it works great. And the promise that day held is one that is difficult to give up on. I still believe there is incredible untapped potential within the Eve community and a path to unlocking that potential with CCP's help. Certainly, given my own experiences since that day, it can be difficult to still believe - but I do.

These days however, we don't attend because of CCP. We keep attending events and holding our own, because of what happened in that photo above. Meeting players. Catching up with old friends, many of whom we've known for over a decade now. This is what Fanfest is all about for us. It has always been about the people, those that play the game and those that work for the company that makes the game. CCP is just an entity, a business name. It is the people that make it extraordinary.

And that's why we keep coming back. And why we bring goodies with us.

If this will be your first Fanfest then I encourage you to attend. It is an amazing experience in an amazing country. And we both hope to see you there.

Heck, I named my character after the city.