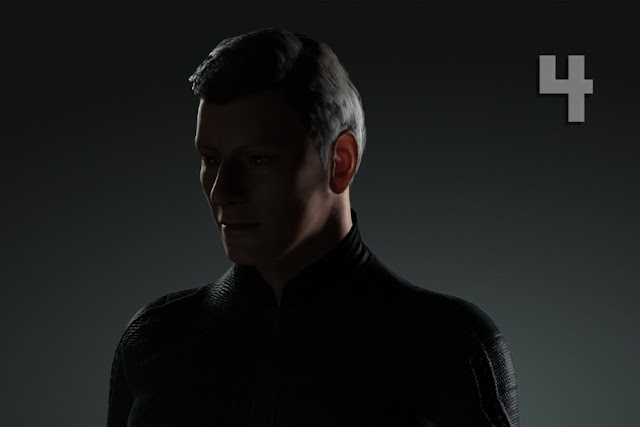 Clear Skies 4 has been announced and Ian is hard at work to make this two year project a reality. Right now he needs your help to make it happen. Please consider a donation to the Clear Skies 4 GoFundMe to help us meet and exceed the goals for this incredible project.

I'm also proud to announce that I will be helping Ian with this project. I'm already at work on expanding my own home studio and updating my equipment to help, as well as launch my own full-time illustration and design career. (Not a single dime from the GoFundMe will be going to me by the way, in fact I just donated to it myself.) Mostly I'll be focused on concept design for sets and locations, but I might even show up with a small character part. We'll see how things go.

There is a tremendous amount of work ahead and Ian will be employing new technologies and software/hardware into this film. I'll let him explain:

"The age, difficulty, and limitations of the Source engine had  dissuaded me from starting any further film projects, but on being introduced to iClone 7 and the quality and potential it offered, I realised I could step the game up once more and produce something worthwhile of the Clear Skies name.

This GoFundMe is for the costs involved around moving to the iClone platform and all the surrounding plugins and tools to deliver my vision.  I am moving to the  Noitom Perception Neuron motion capture system as well, and there is also a significant outlay for upgrading my PC to deal with the new capabilites and store the very large amounts of video data it's all going to eventually produce.

I am super grateful to anyone who contributes.  It is a humbling experience to see how many people still, after all this time, love the Clear Skies series so being able to produce another is a wonderful opportunity.

As a thank you I shall attempt to get the names/callsigns of anyone who donates into the film in some unobtrusive way, much as I did in Clear Skies 2 and 3 for those who donated Eve Online in-game currency!"