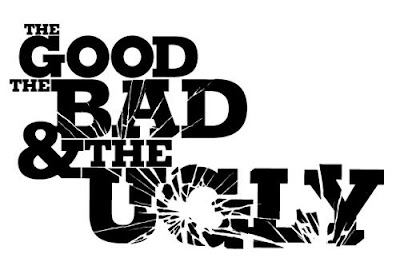 I haven't written one of these in awhile, and yesterday I managed to pack all of it into one short session.
The Bad - Ishkur Vs Succubus
I haven't flown an Ishkur for a long time because I don't like the ship and rarely have any success in them. But with recent blaster changes I thought I'd give it another go. You know that feeling you get when you are fitting a ship and you just know it is a mistake? Yeah, I had that. Anyone with a small speed advantage over me, which is a big list, would totally pwn me in this thing. So my tactic would be to ensure I was first in the plex, or belt, or wherever and win simply on positioning. Which isn't an impossible tactic, there are plenty of ships that employ this concept. Except I ignored it and went after a much faster Succubus. So flying the ship in the first place was mistake number one, engaging a much faster ship at his range was mistake number two. So let's add yet another mistake to the pile here, not warping away when I had plenty of opportunities (including a moment when he left the field) to do so. Yep.
Even so, this fight lasted a very long time. Maybe 10 minutes or so? And I do have a lot of drones. And my tank is pretty freaking awesome. And there is no one better at slingshotting... ok I can tell myself all these things but the truth is the end was a foregone conclusion. I broke three rules already, but my biggest mistake is the cardinal rule that I broke and one I try to teach everyone who will listen - never allow pride to keep you in a fight. Live to fight another day. I didn't and I paid for it. Eventually I was down to two drones and even the greatest tank doesn't last forever. I eventually made a gamble that almost worked, but it also meant turning into his guns. It was desperate and foolish, and it didn't work. Great fight though.
The Good - Wolf Vs Dragoon & Incursus
I like the Wolf much better. I spotted the Dragoon and decided that I would go for it. My Wolf is not especially vulnerable to neuts and if I could get into range I had a NOS to help with that issue. Plus I was pretty certain about his fit and pretty certain he wouldn't be about mine. There isn't much to learn about this fight from a tactical nature, I slid into him and he was already in range when I landed. So it was a brawl from the start. He made a tactical error and his drones didn't start hitting me for a bit, otherwise it was a slug fest getting into position to overwhelm his reps. And that's when the Incursus landed. I don't think they were together, but either way I knew the Incursus would be bringing blasters to the fight and enough dps to tip the scales, so I started overheating on the Dragoon to finish the fight quicker. He exploded nicely and I got point on the Incursus before he could warp off to safety. I was already in some trouble from the Dragoon and the Frigate had me scrammed so my speed was useless. I got a little closer to structure than I like, but the outcome was never in question. Good fight and a great 2v1, even if it wasn't on purpose.
The Ugly - Venture Landing
After the 2v1 I warped out to a belt to recover, the system was rather busy at the time and I wanted to reload my nanites. I needed to wait out my timer anyway, then dock up for reps. I'm doing all of this when this Venture lands on me. So I blew him up and took his pod.
I mention the Venture simply because of this conversation I had in local later in the day. A pilot in local had just lost one to someone not in Stay Frosty. I entered local just after it happened.
Venture Pilot > what a piece of crap
Rixx Javix > ?
Venture Pilot > sneak attack my mining ship then run away before I can come back with my destroyer...
>redacted pilot name< that's the name, he just made the list.
Rixx Javix > sounds fair to me
Venture Pilot > lol
Rixx Javix > i mean the list part, not the running away part
Venture Pilot > yeah... he ran away, he goes on the shoot on sight list first time I try this low sec stuff... and i meet a joker like that what a tool !
Rixx Javix > shame
Venture Pilot > for sure... I see there are better minerals, better ores
Rixx Javix > I guess, I dont mine
Venture Pilot  > maybe if I hang around.. mr >redacted< star will show up ... then I can toast his ass, Rixx Javix I see you're a suspect? does that mean you kill defenseless miners?
Rixx Javix > I'm the Pirate Lord of Low Sec, no one is innocent, miners mine ore for the Empire's War Machine
Venture Pilot > not likely
Venture Pilot > now that was a better fight, better than a sneak attack on an innocent mining ship
Rixx Javix > There are no innocents
Venture Pilot > not exactly fair play.. but you cowboys can play anyway you want...
Rixx Javix > We're independent resource re-distrubtion agents, We re-distribute wealth among the poor of low sec
Venture Pilot > you dinks better clear out.. me and my redneck buddies are commin back with our battleships and fuck you guys up...
Rixx Javix > Oh please do
Excuse me while I get back to cleaning out of home system! lol
Good Fights low sec PvP RixxJavix stay frosty