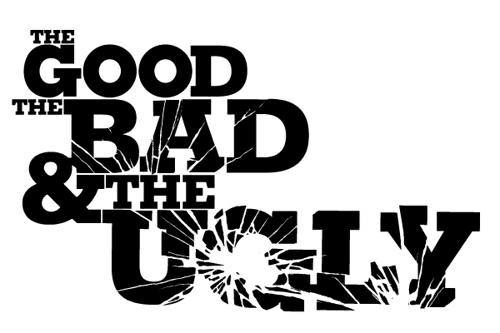 A regular honest commentary on recent fights. Emphasis on the honest part. Although, you could emphasis the commentary part as well, since this is a written report. Hell, emphasis anything you want. Who am I to tell you what is important? You have your own mind.
Legion Vs Badger
This was obviously not a good fight. I mention it simply because this represents my very first kill in a Legion. The Legion was always going to be the last T3 I ever trained, for so many years the ship was often considered the worst of the class. And over the years more important things got in the way of finally finishing up the skills needed to fly it. These days, being desperate to find skills to train, I finally got around to finishing them. So now I have a Legion. As this poor Badger discovered by going AFK on a Custom's Office.
Astero Vs Daredevil
This was one of the best fights I've had in a long time. Sliding into a blaster Daredevil is usually a horrible idea. And this fight started out strongly in that direction. My armor rapidly disappeared and I was going into structure before I'd even started to pull some range. My DPS in the Astero is pathetic and solely based on drone damage, so I need to survive in order for it to start working. You can't fight back if you are exploded! These are the kind of fights when everything is just instinct and experience, when you and the ship you are flying are one. As I hoped, and which was confirmed afterwards when we talked, my neut is what turned the tide and allowed me to barely win the fight. With 7% structure left, this was as close as they come. 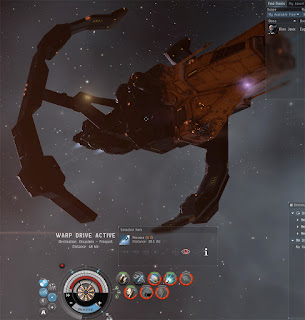 Harpy Vs Coercer
I was coming home from a roam we had taken the day before and spotted this ship in a Medium Plex. I don't fly the Harpy much (41 kills total, 46th on the all time list), but I'd had a lot of fun and success in it the day before. Plus I was bored jumping the 29 jumps back home. So why not? I was pretty sure I could win this fight however, because I had something he might not anticipate me having - a MWD on a blaster boat. As it turned out I was right, he didn't have a scram and I was able to burn in close enough to scram/web him and fully apply the might of my blasters into his face.
All The Things Vs Orthrus
This was during the previous roam I mentioned above. I bring this one up because it provides a valuable lesson. When there are nine -10 pirates on a Gate and you want to warp in at range to maybe plunk a few of them from long distance, it is best not to land exactly 100k away directly in line with a celestial behind you, say, like the Sun. This is bad for two reasons - 1) An old Pirate like me will immediately warp to the Sun and back and land right on top of you, and 2) There is a Bifrost in the Pirate group that will boosh everyone else right on top of you. Actually I think my good friend Lufax also warped to the Sun and back with me. Either way the Orthrus didn't make it. Live and learn.
Unusually I don't have any "bad" to discuss this time. I haven't lost a ship since June 9 when I discovered a insta-death POS in my Jackdaw.  Trust me, that thing is nasty.
So June has been a decent month so far.
Hope to see you in space!
low sec