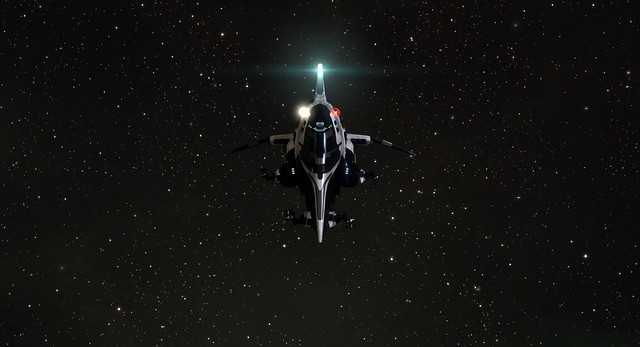 The Federation Navy Comet is the ship I have the most kills with in all of Eve Online. 881 according to zKill plus the 53 I scored in the once completely different (but the same) Police Pursuit Comet, and that is 934 kills in total. In this next series of posts I'm going to count down from the Comet and explore each of the Frigates I fly the most and see where they stack up in today's meta. So let's start at the top and talk about the infamous Fed Navy Comet.

Years ago, back when I flew with the Tuskers, I popularized a new type of fit for the Comet that used rail guns instead of the more traditional blaster fit that was going around at the time. That post still remains one of the most popular posts I've ever written. Sadly however, the rail Comet has fallen out of favor lately. If you encounter a Comet today it is likely blaster fitted and often dual-webbed, perhaps even hull-tanked. Land at zero on one of these beasts and you'll soon be riding your pod home.

In today's Eve the options for viably fitting ships are almost limitless. Those of us who flew a decade or more ago would be shocked to find hull-tanking or polarized guns being around today. But it is those changes in the overall meta that have contributed to a more varied and wild landscape than we enjoyed back in the day. Which is the good side. The bad side is that Eve pilots tend to be lazy and overly enthusiastic about riding a trend until it is dead. So right now in Low Sec, blaster/web/hull-tanked Comets are all the rage.

And it is easy to see why. Look at this most recent loss I just pulled from zKill. This is pretty typical of what you see. Dual webs mean no scram, but at the dps level these blasters can get, the enemy usually doesn't live long enough to notice. The nos is there because Comets are susceptible to capacitor drain. Two trans rigs, one damage rig, and an ancillary repper to get you thru the first few minutes of a fight that will usually only last one. It's a solid fit and it works really well in many scenarios. There are countless small variations. You can even choose to replace some mods with faction variants. But I would counsel against it. And for one very simple reason, this Comet is very easy to counter.

Pyfa says that fit gets 320 dps cold. The application is going to be insanely good with 2 webs on the target. And most ships are going to wither under that kind of pressure. Especially other Frigates. So what can you do to kill one of these Comets 1v1?

AB Comets are slow. The one in the example above goes only 1200m/s cold. In addition they are cap eating monsters and will run out pretty quickly, especially if you can put some pressure on them. Being blaster fitted they are also extremely susceptible to tracking disruption. If you land at zero you need to be able to survive long enough to pull range (most zero tacklers are going to be using Void), bring your own dps to bear as quickly as possible, and hopefully outlast the Comet's cap.

Punishers, Hookbills, Dramiels, Daredevils, Astero, are all good choices for taking on a blaster Comet. Depending on your counter fit and skill level of course. You'll be under dual-webs so you'll need to be overheating pretty much everything. But if you can survive that initial horror you'll have a solid chance.

Now, all of this isn't to say that rail Comets are dead. They can still be a viable option given the right circumstances. Just as mwd Blaster or Rail fitted Comets can be. It's only that those circumstances are increasingly harder to come by.

As for me I've taken a break from Comets. I don't like to rely on a single ship and prefer to fly a lot of different ships. But I still keep a few Comets warmed up in the hangar.

Next time I'll take a look at my new number two Frigate (which recently overtook the Slicer) the Astero.