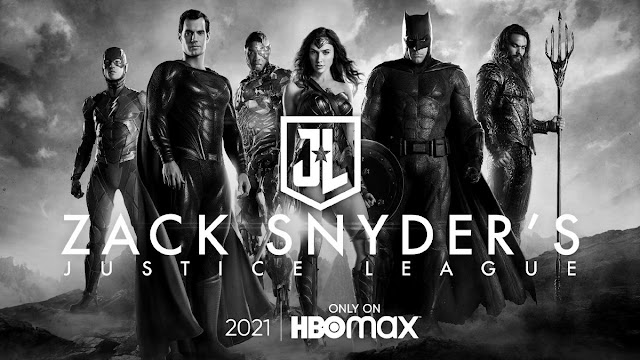 A slight detour today. Away from Eve Online and into the Synderverse. I'm not going to do that thing that most writers do and chronicle the development process, the story behind this new cut, or the wars going on in streaming that made it possible. There is plenty of that information around and if you are interested in it, you most likely already know about it. I just wanted to share my thoughts.

Most importantly, I think it is incredible that this thing exists at all. Fans wanted it, fans fought for it, and now fans have it. Not only that, but a filmmaker got the chance to finish something he started. Which I also wholeheartedly support. We all should. Especially given the sad circumstances surrounding this specific film. We can all shudder at the potential precedents set here, with studios bending to the will of the outspoken few, but in this case it seems justified. And it's easy to support. It's all good. In fact, I've always believed that studios should bend to the will of the people. So that's also fun. Make stuff we like. Make good stuff.

And I love superheroes. I watch them all. Even the bad ones. I have been watching (and reading) superhero stories since Adam West was Batman, so I've had to sit thru an insane amount of truly bad work. And I'm not a MCU or a DCU fan, I enjoy both universes and many others. I don't understand the anger between the two sides, I'm all for good stories from any source. Be it The Boys, The Umbrella Academy, Legion, WandaVision or Shazam. I enjoy the genre. I can root for all creatives to succeed.

Having laid some groundwork here - Justice League is just not a good story. It is barely a story at all. It is 99% plot and imagery. Some of which works incredibly well. These are iconic figures and watching them do stuff is often exciting. There are exciting moments that capture some of that iconography as only Zack Synder can. The man knows how to shoot a beautiful picture.  But wow is this empty, vapid, emotionless, and staged. All of which is what you get with a normal Zack Snyder film, something like 300 or Watchmen, and you either respond to that sort of thing or you don't. But this is more than that, or less depending on how you look at it. This is unhinged from reality.

And perhaps the script writers need to bear the brunt of this criticism. I don't pretend to know the dynamics between writer and director here. But Snyder's name is on the film, in some cases even larger than the film's name. But this "story" is horrid. And that is ultimately what dooms this film. Imagine how much better this would be if all the pageantry and painting style was wrapped around a riveting and engaging story. With fully fleshed out characters who you cared about?

Everyone is falling over themselves because of how much more time was spent on Cyborg's story. And that is a good thing. But essentially his arc comes down to one conversation with Wonder Woman, a conversation he starts off by saying, "F**k the world!" and ends by flying away. Only to show up a few minutes later on the rooftop with the team ready for action. In a four hour film, that's the amount of time it takes? C'mon. And the film is full of moments, or lack of moments, like this.

Look, you are free to think what you want. And if you enjoyed this thing then more power to you. I enjoyed moments of it myself. But mostly I was left feeling saddened by the sheer amount of potential that was wasted here. Wasted on the train wreck of Man of Steel, BvS, the original version of JL, and now on this mess. Time wasted that could have been spent on something else more worthy of these amazing, iconic, and sorely mis-used characters.

Zack Snyder's Justice League has a great story. It just isn't on screen.