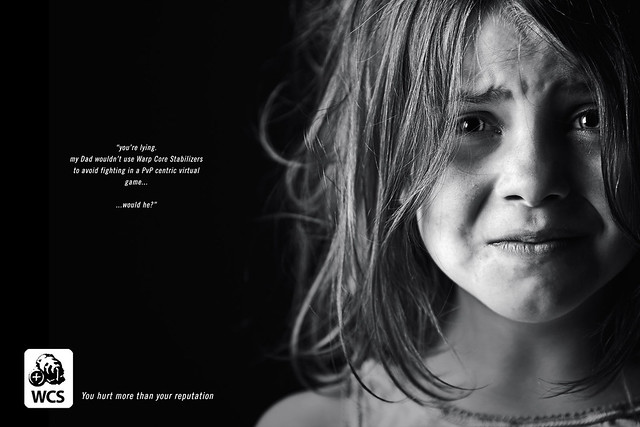 Over the years I've had a lot of fun with the concept of Warp Core Stabilizers (WCS) in Eve Online. I've made fun of them, advocated against them, tried to be reasonable about them, talked to Devs about them, written about them, and generally been known for being a major pain in the ass about them. All in good fun.

In Stay Frosty we have an unwritten rule when it comes to WCS and Ventures. We celebrate each victory against ships that have WCS fitted and purposefully go out of our way to explode Ventures in space. Because they have WCS built right into them. Plus they often also have extra WCS fitted. So hunting and removing WCS from the game is part of our mission, it's built into our DNA. In addition, I have an alt who buys and hoards WCS mods whenever I'm in high-sec. At last count this alt owns millions of the damn things - just another way to keep them off the market. Sometimes I'll break off a chunk of them and send them to the trash. Just for spite.

Eve is a PvP-Centric game. And WCS have no place in PvP. They are a cheat that encourages lazy behavior and a false sense of security. If WCS are to be used, they should be built into the fabric of the ship - as is the case for Ventures and certain transports. I'm not against the functionality being built into certain ships. We do that with Interdiction abilities, as an example. Or ECM, as another. WCS as a module just do not work in the modern Eve Online. Not with all the changes that have been brought to bear over the past decades. They are a step too far. We have so much more to lean on now. And we need to keep Eve dangerous and encourage younger players to develop the skills they need to survive, skills like aligning, and using the d-scanner properly.

This is purely a PvP-Centric opinion. The downsides of fitting the module gimp the ship being used so much that it barely operates properly in PvP. In addition, the existence of this module has allowed further bad game play to develop around it. And here I am talking about the rise of smart-bombing battleships in Eve.

Which is the entire legacy of Warp Core Stabilizers.

Banning WCS from FW plexes was a good first step. But the danger of these kind of band-aid approaches to "fixing" the issue has only encouraged even worse behavior. Witness the sheer amount of completely un-fitted ships we are exploding in FW plex now as a word of warning. The only real answer is a complete removal of the module from the game. To be replaced with in-ship bonuses in cses such as the Venture, and other transport ships. But not in PvP.

Just because something has been in the game for a long time is not enough of a reason for it to stay in the game. It might have made sense in 2003. But it doesn't make any sense in 2021.

Remove them and let's move on.