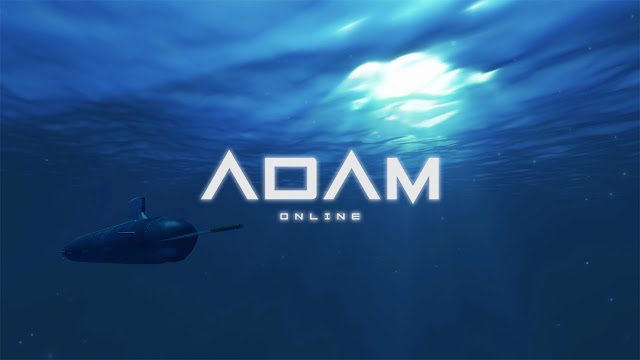 Imagine a giant world covered in a global ocean with no land in sight. Four large empires fight for control of vast underwater regions surrounded on all sides by pirates and unexplored regions led by powerful warlords. Imagine players given the controls of technological submarine ships of incredible power from small, fast frigates all the way up to city sized titans. Trench mining. Portals. Alien races. And much more! You have entered the exciting new MMO we call Adam Online!!

As all of Eve tried to guess what the big announcement was this week (and got a tad out-of-hand doing so) over on our Discord someone made the offhand comment regarding the opposite of Eve Online - Adam Online. An underwater simulation using space controls. Eve has often been described as a space simulation that uses underwater controls, so the jump seemed a natural one to make. And the more I thought about it, the more it started to make sense. It really does work. 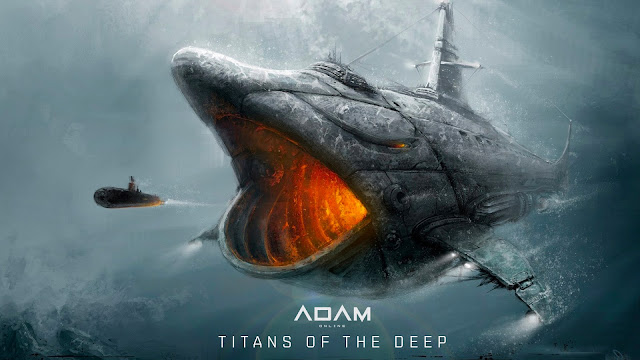 It's the kind of idea you can really get carried away with once you start thinking about it. Since there is no dry land in this world, Drifters could be a race of beings that "drift" on the surface. Bubbles take on a whole new meaning. You could still dock in stations. And spin your submarine in them. Instead of systems you'd have underwater cities. Some of which would have portals and some of which might not. Deep ocean tranches could be full of treasures to be mined, stolen, or seized. Ancient relics from past civilizations could liter the ocean floor. Lava vents. The Abyss would take on new meaning! Wrecks. Pirates. And even a form of Null Sec player empires in the north and south polar regions, or in unexplored areas of this vast world.

In some ways the concept of one connected vast ocean world is incredibly exciting, without star gates dividing up the world, the players are all connected to each other. And only divided by distance. You can even start thinking about technologies like the Caterpillar Drive, bubble screens, stealth, depth charges, submersible drones, catch nets, breech jumps, and more. I dunno, my mind has been thinking up a lot of weird stuff this week.

I originally created this just as a joke, a meme, to pass the time until the announcement. But it felt so real a bunch of people on Twitter actually went and Googled it - to see if it was real. So who knows, maybe somewhere out there in the world some enterprising young person is looking at this and thinking, "Why not?"

It probably won't be called Adam Online. But if that enterprising person needs any help designing this amazing new world - I am available.