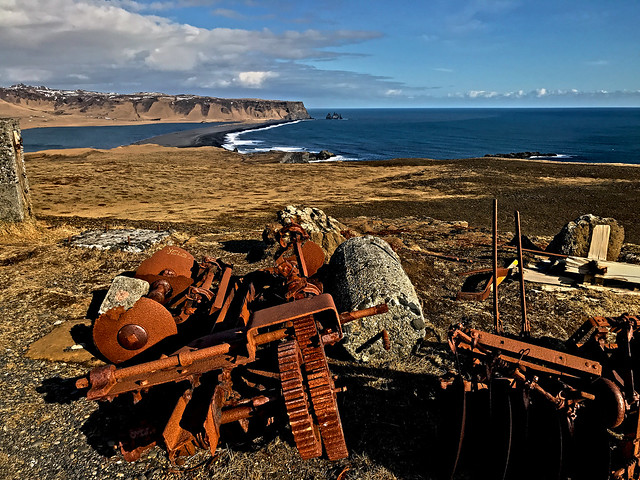 Back in the Fall of 2019 my Wife and I purchased our plane tickets months and months early for Fanfest 2020. Nothing unusual about that. You buy tickets early to save money. This would have marked our fourth trip to Iceland and Fanfest. Except, as we all know, Fanfest was cancelled and the world entered a very strange, scary, and unusually weird time. So here we are, almost two years from when we first purchased those tickets - with a chance to actually use them.

Unless something weird happens between now and Thursday (which is possible), we'll be traveling to Iceland for nine days of adventure in the middle of Summer. Which is, yet again, another unusual thing. Fanfest typically happens in Winter around April or May. And the weather in Iceland is notoriously determined to change frequently from ice, to snow, to sun, rain, wind, and then back again - sometimes in very short increments of time. So while we've been to the island three previous times, we've never been in Summer. So that is very exciting.

And while we love Fanfest and meeting all of our friends, we also enjoy exploring the island we've come to love. We always leave lots of extra time for adventures. We've been to the far West point, the far East, the South, we've explored ice caves, ice tunnels, snowmobiling on glaciers, climbing volcanos, and much more. But we've never been able to travel into the Northern parts of the island, because they are often closed in the Winter. So this trip we are going to focus on those parts of the island with our tour guide and our friend Besi. And his dog.

We'll also be stopping by the new CCP offices in Groski for a tour. It being Summer also means a lot of people are out on vacations, which is totally understandable. So we won't be able to meet a lot of our CCP friends, but I'm going to bring some swag anyway and we can say hello to lots of old friends that do happen to be there. Really looking forward to it.

So, in other words, I'll be gone from these pages until at least August 3rd when I'm back in the home office. Until then, I'll be updating our progress and posting photos on my Twitter account at @RixxJavix and over on Instagram if you want to follow along.

Until then, fly safe and be sure to get vaccinated.