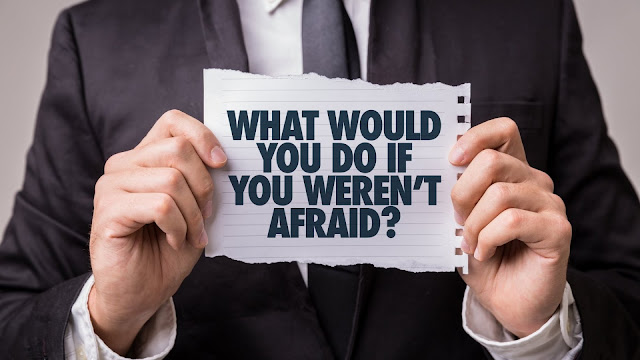 When I started playing Eve Online back in 2008 I found myself approaching the game like I had always approached games - I played it. Eve was (and remains) the only MMO I've ever played. My gaming background was built on the entire history of gaming. Pong, Arcades in Malls, Atari, Genesis, Nintendo, Playstation, Xbox, and any sort of game that would play on my Apple Mac. I grew up playing video games in other words. In the early days of my creative agency we would play Unreal Tournament on a LAN network. Those were serious gaming sessions. I even designed levels for Unreal Tournament in my spare time back then and published them on gaming boards.

But Eve is different. Eve introduced me to some wild concepts not traditionally found in traditional arcade style video games. Concepts like "risk aversion" and fear. And trust me, I've played plenty of scary games, I know what fear is. But this kind of fear was different. In a traditional game setting death (or failure) is just part of the process. Laura Croft might die a hundred times while you try to figure out the sequence of events that unlock the next insane puzzle. No big deal. Death, re-spawn, try again. Eve isn't like that. Death has real consequences.

One of the cornerstone mantras that you will hear over and over again in trailers, videos, posts, interviews, and other media is this accepted fact - that Eve means more because loss is real. Which is extremely true. And it is a pillar of what makes Eve so special. That should never, ever change. Loss in Eve is indeed real. But I think that we often get two things confused when we accept this statement as fact. Loss in Eve is very much real, but death isn't. I've died 172 times in Eve since 2008 according to my stats on zKill. I die, I re-spawn, and I try again. Just like in every other game. (With a few exceptions)

Certainly the fear of loss is a huge motivator in Eve. And that is correct. Fear of loss keeps us all on our toes, motivates us to learn more and become better and better at the game. This is an important and rather critical cycle that generates the most important element of Eve Online - content. Above all else content is king, for without it Eve will die. For content to be generated each player needs to participate in the cycle at some level. I want to be clear here, this is not about me advocating for all players to be PvPers, or chase players around Low Sec, or to become despots in Null Sec, or any other specific play-style. This is not that. Choose whatever you want.

But if you are not participating in the cycle of content, then you are not playing Eve. Eve is playing you. Sitting on the sidelines and watching the game unfold is not participation. Do whatever you want inside of New Eden, but you have to participate in order to play the game. This is rather fundamental and obvious. Which brings us full circle back to fear of loss.

I can clearly remember making my first 10 million isk in Eve. I'm sure a lot of us can remember these milestones. 10 million. 100 million. Your first billion. Making 10 million isk back in 2008-2009 was not easy. With my new found fortune I bought three Cormorants and the fittings I could use at the time. I lost all three of those ships in a very short time. It was the first moment when I seriously considered quitting the game. It took a lot of effort to make that isk and it was all gone so quickly. But then an extremely important moment happened in my own personal evolution in this game. I realized, for the first time, that this wasn't going to be like any other video game I had ever played before. There wasn't another level to unlock, or a puzzle to solve, or a Boss to exterminate. I hadn't lost anything.

All those hours spent making my first 10m isk weren't lost. The hours spent ratting in belts with my corpmates, the jokes, the chatter, the questions, the learning - all of that had happened. Those weren't lost when those ships exploded. I hadn't actually lost anything important. Eve isn't about acquiring pixels or losing pixels, Eve is about the journey it takes to acquire pixels and the journey we are on to loose those pixels. All of which is the same journey.

Losing something you've worked hard at is hard. I'm not saying it isn't. It should hurt. And it does. What I'm trying to contextualize for you is the fear of that loss. I've spent a lot of words getting here, but essentially there is nothing to fear.

We can be set-up to expect the wrong things from Eve Online. I was when I first started playing the game. It took time for me to realize it. And death, loss, and content are just a few examples of those lessons. But they are fundamental to understanding the nature of this thing and wringing maximum enjoyment from the experience of playing it. I believe Eve is often marketed wrongly in ways that set-up expectations that cannot be fulfilled easily by normal players. Focusing on grand wars and difficult to achieve end-games is misleading. And much of that focus is our own fault. Eve is a journey game, a choose your own adventure sandbox. And it is a game that rewards participation. Friendships. And community.

But none of those things should involve fear. Eve can be harsh, and cruel, and challenging in ways other games can only dream about. But there is literally nothing to fear.

This has been my experience. And I thought I'd share.