Eve PvP Myths | Can This Win? 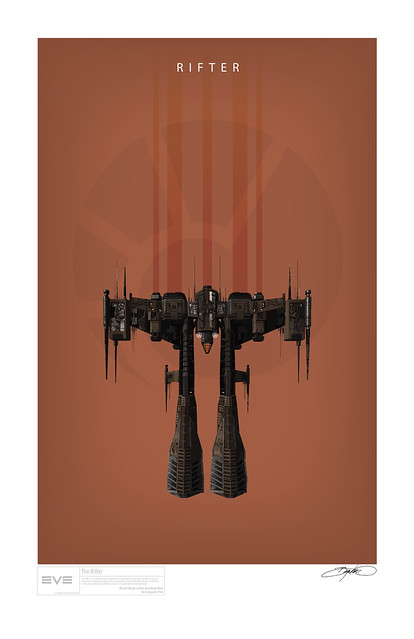 Young players want to know things. How to do stuff, what's the best way to do stuff, what kind of stuff makes iskies, the questions never end. In my line of work, the most commonly asked question has to be, "Can ship X defeat ship Y?"

I'm going to start taking a look at some of the misconceptions that haunt PvP in Eve, common myths if you will. And to start things off I thought I should look at potentially the most common one of all, the myth that everything in Eve can be broken down into a numbers game. As if, somewhere out there, a table exists that can be easily referenced that contains the answer to, "Can ship X defeat ship Y?"

The truth is there is no answer to that question. Not a definitive one. What we are dealing with is a horribly complex set of probabilities that are based around a whole lot of answers on one side of the equation - your side - against a whole set of probabilities based on a bunch of assumptions on the other sided of the equation - the enemy side. You know your own skills, the abilities and fit of your own ship, and any historical experience you may or may not have had flying it. You know your enemies ship and that might be all you do know about it. The harsh reality is this - given the right set of probabilities any ship in Eve is potentially capable of destroying another ship. We prove that all the time in Stay Frosty.

But Rixx, an Ibis could never kill a Erebus. I know, and granted the probability of that happening is extremely low. But what if the Erebus is afk in space? What if some friends are willing to feed the Ibis pilot ammo along the way? Then the odds start to go up. Again, this is all highly unlikely. But that doesn't mean it can't happen. And probably has.

The entire point of PvP in Eve is to limit the unknowns on the other side of the equation. This is why gangs, gate camps, alts, and other tactics are so popular - the entire point is to lower the unknowns and increase the probabilities on your side to ensure victory. And those tactics are the easiest way to do so. If you have more ships, you have a higher probability of winning. But the solo player has tools on his or her side as well.

What is the age of the player you are facing, what corp are they in, what are they doing, how many of them are in local, what kind of guns are on the ship, everything that you can learn about your target before you fight (and even during it) can help increase your odds of winning.

The other evening I attacked a Stabber with a Jaguar. Someone in local thought I was crazy. And while I did end up losing that fight, here's the thing - before the fight I thought the odds were in my favor.  And I had good reasons to believe that. A solo Stabber in that system is rarely being flown by an experienced PvPer, in fact, such a ship is usually a mistake being made by an inexperienced player. And while I no longer bother checking zKill before engaging, his corp information also lended some confidence to that decision. Turned out I was wrong. Which was a pleasant surprise. But most of the time, I'd be right. Which is again, all about probability. So, can a Jaguar kill a Stabber? It's tough, and the odds are not great - but they also aren't zero. And given the right circumstances they could be rather high.

Every day someone in Stay Frosty kills something they aren't suppose to. Darkon pops an Ishtar in his Taranis. Hunzy pops a Battleship in his Procurer. Prda does something crazy 12 systems away from fleet. The list goes on and on.

There is more than information at play here. And this is where the math starts to fall away. Because winning isn't about rolling dice, or relying on equations. In most cases winning is about much more intangible factors such as positioning, timing, engagement distance, manual piloting, over-heating, and all of the other martial skills it takes to become truly good at PvP. Each of those things increase your odds when applied properly and expertly in a given situation. It isn't math that makes one pilot better than another pilot - in the long run it is those skills that truly make one stand out.

So can ship X defeat ship Y? I dunno, how good are you?

And that is the only answer that really matters.

God I love this game.