Eve PvP Myths | How To Learn? 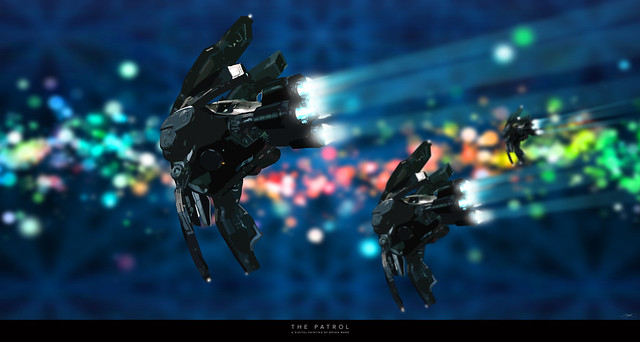 But Rixx, how do I learn these martial arts and become a world-class PvPer?

One of the most annoying myths regarding PvP is this one - buy yourself a bunch of fitted T1 Frigates and go spend those over and over again! You hear it all the time on Facebook, Discord, Forums, and everywhere else people feel empowered to give horrible advice. Please, please, please, please, don't do this. Unless your goal is to become cannon fodder on someones kill-board.

Ok let's get serious. This is horrid advice. All this accomplishes is making you frustrated, annoyed, and facing the reality that you suck at PvP. As if learning is something that will magically happen to you if you keep failing enough. This isn't the real world, you don't learn to ride a bike by falling off of one over and over again. Learning is much more complicated than that and also much easier. So let's get into it.

If you want to learn PvP, which you should, you need to be smart. I mean smart in the way you approach it. When I wanted to learn PvP I went to a part of space where there was a lot of PvP at the time (Providence) and I found people who were good at PvP and made them teach me. I did that by joining fleets, gangs, volunteering for gate camps, learning new skills, game mechanics, asking stupid questions, being annoying, starting a few wars, invading enemy space, and taking FC classes from people like Progodlegend, Makalu, and many others. I did that by being engaged and engaging with the things going on around me. I went to where the wars were. I followed war around for two plus years. And yes, I died a lot. At times I had no idea wtf was going on around me. But you know what? By simply being engaged and by being involved, I became more involved. And I learned more.

Everyone wants a simple answer. There aren't any. You want to be a Pirate, then go where the Pirates are. Join them, fly with them, learn from them. The same is true in any part of space that interests you. Read blogs like this one, watch videos, watch streamers that share your interests, learn how to use a fitting tool like Pyfa, learn the difference between 125mm and 150mm AutoCannons, why are Neutron Blasters better than Electron Blasters, and yet you often use Electrons anyway? What the heck is transversal? (No one knows!)

The answer is there aren't any shortcuts. It takes time, dedication, and smarts.

So yes you can fit up a bunch of T1 Frigates but make sure you find out how to fit them properly for your skill level. Fly them with friends who can help you, explain things to you, and put you in a position to taste success. And be sure to fit up some Destroyers, and maybe a Cruiser as well. Every ship in Eve flies differently and it is important to experience them all. Once you know how to fly a ship, you'll have a better idea of how to explode one when you encounter it in space. Fitting up a bunch of ships to lose is just an easy way to say something that is much more complicated than that. The advice itself isn't horrible, it's all the important things they've left out that can be.