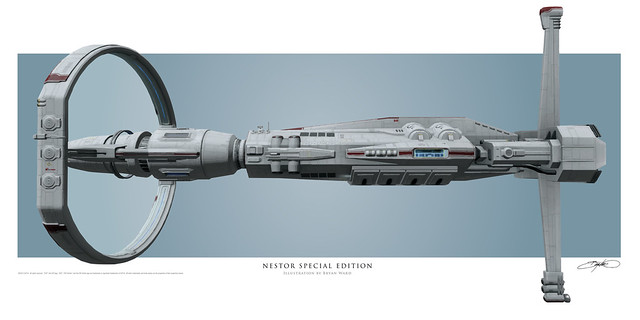 You can't make isk as a PvP centric character in Eve Online.

When I asked on Discord yesterday for some ideas for this series, this topic was the number one most requested idea. I'm not surprised. Especially for younger players, or those just starting to make the commitment to pursue a fun-filled career in Player Versus Player combat - making iskies can seem a daunting task. Beyond the normal young player issues, which are just part and parcel of getting started in a new gaming universe, let's discuss the tactics I've used to successfully live a rich and fulfilling life as a one account, three character, Pirate Lord for the last decade.

And yes, you read that correctly. I have one account. I don't have a crowd of alts, I have three characters in total. Rixx, obviously is my main. I have a positive sec status neutral who is trained in transportation, carriers, and utility roles who both serves as my High-Sec freight train and the Alliance Executor of A Band Apart. If I ran missions she'd be the one running them. Once, long ago, she was on a different account for training purposes. And I have one other character who is a former Goon (long story) who now serves as the out of alliance holder of all our structures. So we can avoid War Decs. He'll also sometimes serve as neutral muscle if needed. Now to be completely open here, I no longer have to worry about iskies myself. Between commissions and the Eve partnership, my life inside the game could be relatively simple. But old habits die hard and I still steal loot, trade in station, move assets around, and generally make additional iskies. Mostly to pay for ABA/Stay Frosty expenses like FFAs and ATs.

So how do Pirates and PvPers in Eve make isk?

First things first. If you PvP in Eve you need to be taking loot. All the time. Take all the loot. Even from ships you didn't kill. Check wrecks everywhere. It is amazing how much great loot just gets left laying around. Not to mention drones, which are just waiting piles of isk. I do this all the time myself. Every piece you find is found money. Either for you to keep and use, or to sell. I have an entire underground system for dealing with loot that I've built over the years all over New Eden. My transportation alt will go around regularly and gather it all together, bring it back to station for sorting, and then take the sell stuff off to Jita for station trading. The rest either goes into my own personal stock, or into Corp hangars. Loot isn't just from wrecked ships, mission wrecks, mobile hangars, and of course, structures all come with loot.

Next is managing expectations. Just like anything else in Eve, PvP is a business. I personally don't go crazy when it comes to this, but running your PvP like a business makes a lot of sense. Remember the old adage, never fly what you can't afford to lose? That's all about business. Your monthly expenses should be a net gain for you. So manage your PvP so it works out as a positive gain every month. Choose which ships to fly, which risks to take, and what fittings to use based on those expectations and you'll start to see the results in a short time. You can actually make isk based on your PvP activities, but it takes discipline and dedication. For years and years I never, ever, bought faction mods because they were too expensive. I only used faction mods that I found as loot. That is just one example.

But loot and management is not going to be enough. Most likely you'll need one other form of income to survive. For most that means taking time to run missions, or setting up PI, or moon mining, or station trading, or something else they enjoy to make that extra income. I'm sure there are tons of great guides around to help you with these activities. This is not one of them. But I do know for a fact that most PvP centric players have a side gig.

The challenge for younger players is immense. In Stay Frosty we used to take in anyone who wanted a shot, but over the years we moved the requirements up in order to take some of that pressure off of new players. There are no short cuts unfortunately and it takes time to get your character(s) to a point where anything I said in the above paragraphs starts to make sense to you. That is just the way Eve works. Having said that we have had examples of young players make it successfully, which only goes to prove that you never can tell. Anything can be done if you put your mind to it. And running a successful PvP centric character in Eve takes thought, planning, and dedication.

I can't stress enough just how much personal choice plays into this. If you find yourself undocking bling fit cruisers that represent 50+% of your isk - then you are doing it wrong. Fly cheap whenever you can, score big, mitigate risk, and play smart. It's a combination that has served me well over the past 13 years and it will work for you as well.

Next post we'll look at how best to learn the trade and some common misconceptions about how to go about doing that.

PS: If anyone else has any advice or suggestions for isk making in Eve, please feel free to share them in the comments. I don't know everything.