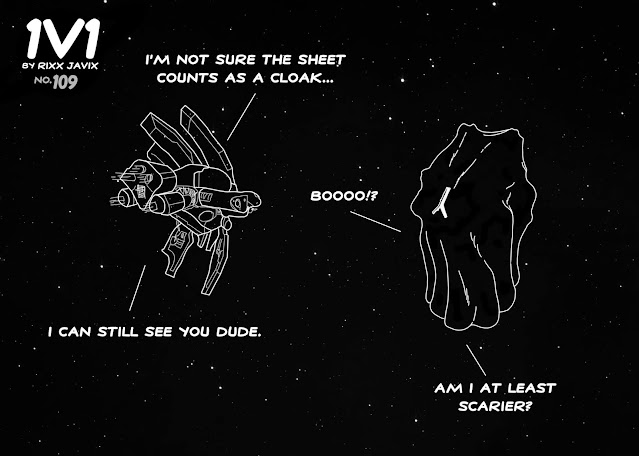 As far as I can tell no one actually likes these 1v1 Comics. The posts never get comments, the tweets rarely get feedback, and generally speaking they seem to be mainly created for me to enjoy. Which is fine. After ten years and 109 of the damn things, I'm certainly not going to stop now. I also can't explain the recent burst of creativity that has seen me make a bunch of new ones after a year away, but there it is. They often hibernate for a time and then return. Like a missing sock or a bad friend.

I do hope that somewhere out there in the larger world, someone enjoys these. Even if they don't, I'll keep making them for myself.