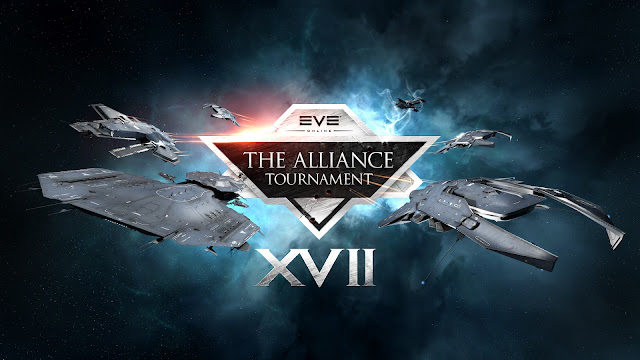 The Alliance Tournament is about a month away and since we haven't had one of these in a long time (not discounting last year's Alliance Open), I thought it might be helpful if I spent some time explaining the way things work. Not that I am an expert, although I have flown in 21 Alliance Tournament matches and currently stand at 11-10 overall in those matches. So, I do have some experience. And that isn't counting NEO/Anger/etc type tournaments over the years.

In the coming weeks there will be a lot of conversations being had about the Alliance teams, expectations, experience, and other factors. Each year we tend to judge current teams on past performances in the AT. Which is fair enough, what else can we do? And I certainly don't mind it. But teams rarely stay the same year over year. As an example, our ATXIV team finished 11th in the AT that year. So far that has been our best finish. 4 members of that team still fly with our Alliance and only 3 of them still fly with our team. That is a lot of turnover in 4-5 years. And I suspect most teams experience similar turnover. So just keep that in mind. On average, for us, every year is about half new pilots and half veterans.

But today I want to spend a few minutes explaining some terminology you'll hear during the tournament, specifically regarding composition types. The AT is a 10v10 set-up with points assigned to each ship class. Each team is building a fleet that adds up to 100 points total (and sometimes less). How you spend those points is crucial and out of that process come some standard set-ups.

The king-slayer comp is typically heavily weighted to the top of the fleet, in other words it usually features 3 Battleships at the top of the list. At 19-25 points each, a BS can eat up a lot of points. In some cases those 3 BS might represent 75% of the total points on the field for that team. Such an investment demands a large return, so the king slayer is intended to provide such overwhelming damage that it kills the enemy main line ships fast and effectively. Overwhelming damage is the intention here. And often you'll see king slayer comps arrive on field without logistics, or with only Frigate logi. Possibly even with Stealth Bombers, or Oracles as back-field damage amplification. These comps can be nasty, but they also represent the converse of "Don't put all your eggs in one basket" line of thinking.

King-Slayer comps can be countered by range & control type comps that can mitigate the initial bursts of damage with ewar, signature, or other forms of control - all while plinking away from a distance and murdering the weak support fleet those few remaining points allowed them to bring.

Imagine 3-4 Artillery Sleipnirs supported by a few back-line Tornadoes or Oracles sitting at 50-75k from your fleet. That is an example of a fly killer comp. The idea is to headshot 2-3 ships before the enemy can even get close to you. Boom headshot. Boom headshot. And suddenly you are already up on points and the enemy is down two ships right off the bat. It actually works sometimes. But this is a very risky proposition unless you are rather certain about what you will be facing on field. This comp can be nasty, but it can also fall apart rather quickly against the wrong enemy fleet. Control, webs, range are all enemies to this fleet and with just a few quick and tanky support ships, it can find itself tackled down pretty fast. And once tackled... Boom headshot.

Historically these types of comps have been based on either Minmatar or Gallente ships that are tough, fast, and that can get on-top of the enemy quickly. Delivering damage up close and personal. Recently however, some changes have been made to this idea and we've been seeing a lot of rush comps built around Command Ships with Loki support. The Loki gets a very nice bonus (especially with links running) to web range and with 2 webs fitted, 2 Loki can lock down 4 enemy ships so that the Nighthawks or Sleipnirs or Claymores can deliver their dps. Since these Command Ships are battlecruiser size, with signature suppression links running, they can absorb a lot of incoming dps while delivering a combined mass of damage in your face. These were extremely popular in last year's Alliance Open and so far, have been pretty popular this year as well.

Essentially all other comps are variations or combinations of these three philosophies to one degree or another. Take 1 BS away from a King Slayer and add some better support, or a Blackbird, and suddenly you have a range and control comp. Put ACs on those Fly Killers and you have a rush comp with back-line support. Add a BS to the Nighhawk Rush and use only one Loki and you have something completely different at play. Combinations, variations, and control are where the trick lies. And where great comps are born.

There are certainly other named comps, many of which are lost to time because they no longer work within the rules or changes to the game have removed their ability to function. Eve continues to change and evolve over time and the comps you relied on last year might not work as well now. This can be challenging to predict and anticipate - which is where the meta game comes into play. And that will be the subject of Part Two in this series.