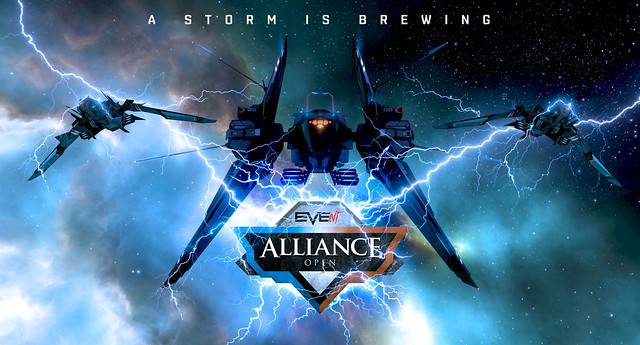 A Band Apart currently has 455 members according to zKill, 461 according to Eve Who. Either way, that is a solid number for a primarily Low Sec based Alliance with a HS industrial arm and some Wormhole tendrils. (And one very determined HS ganker!) No complaints from me. But when compared to our Null Sec based fellow Alliances these are very, very small numbers. Heck there are nine Corporations with more members in them than our entire Alliance.
I bring this up, not to compare ourselves to others, but as the basis of a debate raging in my mind. Last year we spent many months preparing, practicing, and building for the Alliance Tournament only to lose our first two matches. I personally spent close to 65b ISK during those months, and that isn't counting the 13,000 PLEX we spent to buy our way into the tournament to avoid the run-offs. Some of that PLEX was donated, and much appreciated by the way, but still about 8,000 of that came out of my vault. Heck, some of that ISK was also donated. And, as always, sincerely appreciated. More importantly however, practicing 2-3 times a week for months and months takes a toll not only on my real life, but also on the amount of time I have to spend on TQ. Which dramatically impacts not only Stay Frosty, but also the larger Alliance.
My point is, and the debate I'm having right now, is it worth it?
Now please do not get me wrong. As anyone knows I love the Alliance Tournament, I love being in it, I love the practices, the theory crafting, flying with my friends, all of it. I've flown in 23 total AT matches. ABA once came in 11th overall, which remains our best finish. We've flown in some truly incredible matches. For the longest time one of my primary goals was to eventually win (or finish top three) in the AT. I haven't been shy about any of this.
Which is why I started this post looking at our numbers, is this even a feasible goal? Whenever my brain starts asking this question it immediately throws The Tuskers at me. The Tuskers always manage to compete well in the AT, even winning the darn thing once, with only 174 members in their Alliance. And this is true. It is also true that many "made-up" Alliances often do well in the AT, a bunch of friends throw something together just to fly in the tournament. It happens.
None of which is a fair Apples to Apples comparison. ABA isn't built the same way other groups are built. We just aren't. Which is why we are unique, not necessarily better mind you, just different. So it is unfair to everyone to make comparisons. And yet, that is how my brain works to torture me.
The fact is, last year's AT run took a lot out of me. It took away a big chunk of my Summer. It took away a big chunk of my playtime in-game. And it left a big hole in the content creation that Stay Frosty thrives on. The echoes of which are still being felt in-game right now. In many ways it was like taking a huge punch in the stomach while you weren't ready for it.
I'm still debating. But I have to admit that I might just be leaning towards stepping away from AT competition for awhile. Perhaps we skip years? Perhaps we enter again but with someone else leading the team? I don't know. Which is why it is a debate. I'm torn.
We'll see how I feel about it after a few more months have passed.
Alliance Tournament AT Tournament