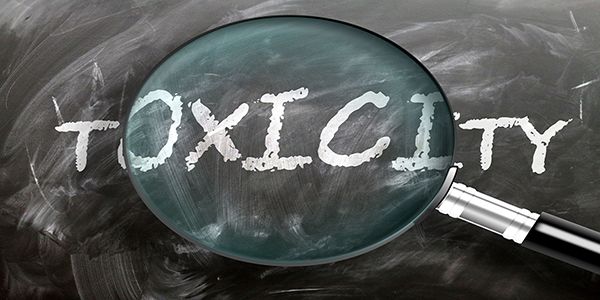 Before I get started down this particular road, I think I should mention a few things up front. First of all, and perhaps most importantly, I have noticed a significant decline in general toxicity in my Eve life during the past few years. I think that is important to mention. Reasons for that are probably quite complicated, but have a lot to do with me stepping away from the "meta" game a few years ago. I've also been generally avoiding r/eve for the past three years as well. A decision that has both increased my overall happiness in Eve while also significantly hurting my chances at being elected to the CSM last year. Oh well, you can't have everything.

Within weeks of first starting to play Eve and making the realization that the spaceships on my overview were not computer AI controlled ships and were piloted by real people - I ran into my first experience with toxic players. As many of you reading this will already know, since then I've had my account stolen a few times, been the subject of countless crazy rants by crazy people, had to alert the Icelandic Police regarding a potential nut-job showing up to harm my Wife and I at our first Fanfest back in 2015 (luckily nothing came of it), had my personal information publicly exposed on Reddit (and now you know why I stopped going there), and still have to hear about my divorce, or my begging, or whatever other thing I have supposedly done from time to time. It's been a lot. And I'm probably forgetting a few more.

As you can see, none of this has stopped me from playing. Or writing. Or standing up for what I believe in. And I will be the first to admit that at times along the path of the last 14 years, I may have even deserved some of it. I'm the first to admit that not all of my decisions have been perfect. I make mistakes. The difference is, I own up to them. And I do actively try to make amends for them. While I admit, for example, that I may have gotten out of control a bit with the anti-tusker propaganda a decade ago - I made an effort to make up for it at Fanfest a few years later with those involved. And apologized in person. And I took down the worst examples.

Yesterday I found myself duped by an apparently new face in Eve and I briefly published a video of theirs on the post from yesterday. Fortunately some community members contacted me and made me aware that the person involved was the same double-banned character that had doxxed a friend of mine in the community. And while this person has never done anything to me personally, I can't condone those actions. So I removed the video from the post. As expected that only resulted in that person placing the blame at my feet, and even throwing B4R in my face. Sigh.

Anytime you get a number of people together you are going to disagree, it is human nature. The more people, the more you are likely to disagree. Disagreement however is not what toxicity is about. And while the root causes behind it are varied and complicated, and I am not an expert by any means, the results are the same. It is essentially bullying. Or an expression of a mental health issue. Or immaturity. Or posing. Or any of a number of other expressions. Heck, sometimes it is probably just someone having a bad day and acting out. Whatever the causes, or the reasons behind it, toxicity affects others in truly negative ways. My first Fanfest experience had a dark cloud over it. Years ago when I was struggling personally Eve both helped and harmed me in ways I've had to work through over the past few years.

I don't have a solution. Or possibly even a good point to make. Over the past 14 years I have noticed that most of the truly toxic people burn out really fast. They don't seem to last long generally speaking. It is frustrating that many of the worst offenders are often those most admired by large swaths of the Eve community. That can be damned frustrating at times.

As can life in general.