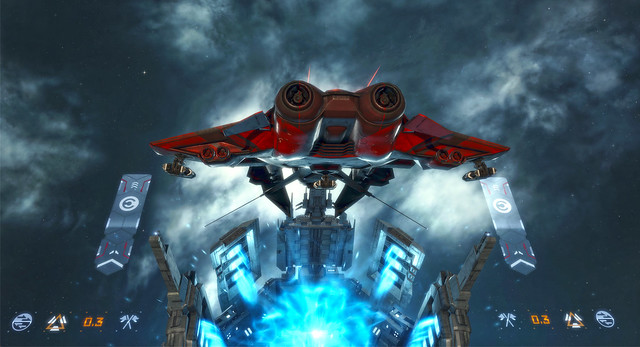 I take a lot of screenshots. A lot of the best ones are collected over in this album.
The one above was taken yesterday as I prepared to jump my Garmur into system, I was taken with the blue glow of the gate and the red skin on the Garmur. At the time I was flying with Angor (He was in a Dramiel) roaming around the neighborhood and trying to find a good fight.
Eventually we discovered a Worm sitting in a Small Plex. Nothing else was on scan and the system was pretty quiet so we decided to take the chance. Once we engaged and I managed to pull range is when the Kikimora landed. I gave the order to gtfo, but Angor's Dramiel was doomed already and a point landed on me from the Kiki. The fight was over before it really even had a chance to get started. So I did what I always do in those situations, switch over to survival mode. Sometimes there is nothing you can do, you simply sit there and align out to save your pod. But most of the time I try to survive as long as possible, you just never know what might happen. Plus it is an excellent way to keep your survival skills sharp. Getting away involves a lot of the same skills as catching someone. 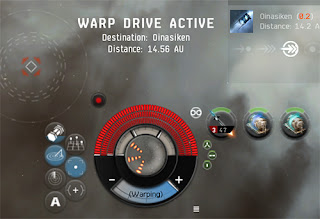 I caught some flak on Twitter yesterday when I posted this image of my Garmur with 2% structure left as I warped away. Mostly because the mods visible in the image haven't taken any heat damage. Like I said, the fight had barely started when the Kiki landed and things went in a different direction. This particular Garmur is dual-prop fitted and the AB and MWD are off screen in that image. They were both nearly toasted. The fact that I was dual-prop is what saved me, had I been only MWD fitted I would have died. So trust me, that AB was pulling some serious heat.
I take screenshots of beautiful things I see in-game, but I also take them as a memory of places I've been and adventures I've had. Like an old family photo album they record the memories forever. Some are forgotten and some remembered forever, but they all form a tapestry of my time in Eve Online. Much like this blog. Adventures I enjoy sharing with you.
Nothing much more to add today.
PvP screenshot