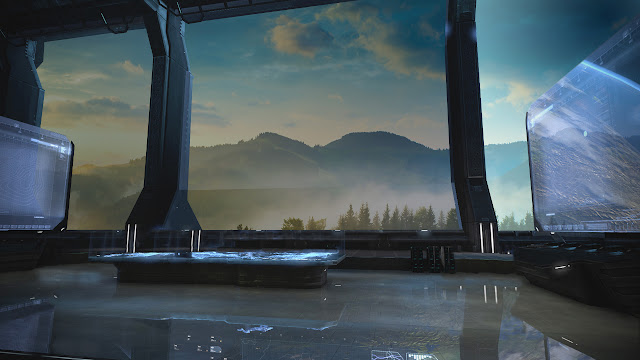 Yesterday CCP announced a new thing named after an in-game group called Siege Green. Is this the first time that has happened? I don't know, don't really care about such things - but I do find it a tad weird. And while I didn't create the Siege Green Alliance logo I did create the short lived Amarr version for Siege Gold. A project from which the above blog post image I created came from. So that's why it is up there in case you were wondering.

By the way, I am really looking forward to the Stay Frosty expansion some day.

This is one of those moments when I have to wear several hats all at once. I am an opinionated blogger, but I am also Pirate Lord of Low Sec, CEO of Stay Frosty, but also Alliance Executor of ABA - an Alliance built from various concerns - including HS and WH space concerns. We are purposefully not a large Alliance, our size and our growth is a carefully managed thing. In other words, we are medium sized on purpose. The word medium is going to get used a lot today, so get used to it. Small and medium sized Corporations and Alliances make up the vast majority of Eve players by the way, another made up statistic I have no data to support because I'm too lazy to look it up. But it is probably true.

Right now I have panic on my hands. Our small WH contingent is already in the process of removing important assets from our structures in WH space. Already longer term industry runs are being curtailed in favor of shorter runs in HS. For us, unlike LS space, HS and WH defense is a tricky business. Especially when it comes to coordinated and large scale efforts. Having the primary core of your military arm being -10 will do that for you. I'm not as concerned about our LS structures because we've proven time and time again that we are more than willing to defend those. There aren't that many entities in LS that could threaten us and most of the ones who could we are on friendly terms with.

But I do worry about those that aren't. Which is most of LS space. And most of WH space. And, frankly, most of HS space. So from that perspective I do have worries. And concerns. However, and this is the bit that might surprise you - I don't see any reason to panic. Panic is a gut reaction to change, something has changed, someone moved your food bowl - but that isn't always a good reaction. So yesterday, while my initial reaction was this change was screwing over LS, having let myself consider it I find that this change doesn't really add up to much. At least not panic levels.

Structure spam is real. And putting up a structure is a huge commitment, or should be. And yet I find space full of structures put up by people who really have no business putting up structures. Solo players with an Astra? Two and three players corps with a refinery? The landscape is peppered with these. There are systems in LS space with literal dozens of structures in them. I also don't believe the current situation is good for Eve either. And yet, we still have two timers. There was always only one really important timer, which is why people rarely show up to defend any of the others. I know we don't, there is no point to it. Let the shields go, let's get a time, and then we can plan a defense. Heck, we just did this a week or so ago and we showed up in such a large fleet that the attackers never even bothered to undock.

You want to build something in Eve you have to be ready to defend it. That is the rule. Has been since day one. Nothing has changed.