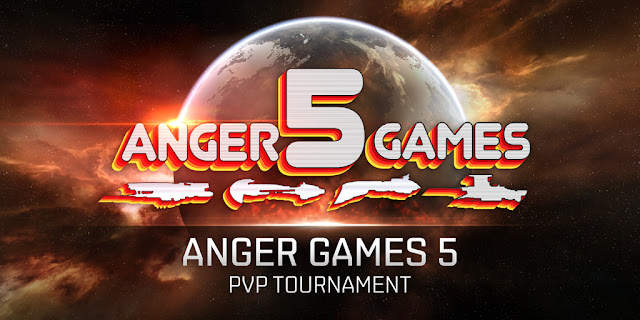 This weekend starts the new 7v7 Anger Games 5 Tournament and your friendly neighborhood Pirates will be among those teams competing for victory. Matches start this Saturday at 17:00 over on CCPTV so be sure to check them out.

I admit that my personal attitude towards Tournaments in Eve has changed a little over the years. Initially I thought of the AT and other Tournaments as fun asides and expressions of our in-game identity. Over the years I evolved that thinking into a drive to actually compete and give it everything we had in order to win. For three solid years we did manage to do well in that goal, finishing 11th one year in the AT and finishing top 16 in two others. Along the way we had some amazing matches, both winning and losing some really close matches that I still enjoy watching. And then the gap happened and we went without the AT for awhile there. And the Alliance Open came along, and people leave, people change, the meta moves along and I finally realized that my original intentions were not that far from where they should have been all along.

These days I am much less driven to win at all costs and I've started to realize that practices, theory-crafting, and debating comps with my friends is a much more rewarding process than winning or losing. Don't get me wrong, I still prefer to win. Losing sucks. But this is more about the attitude than anything else. Especially for us in Stay Frosty. Our attitude is our strength.

In the end it just means I'm much more casual about this tournament and much more relaxed going into it. Whatever happens inside the arena on Saturday will happen. The important thing for me has been the practices, the laughs, the time spent putting things together. The rest will take care of itself.

After that, anything can and will happen.