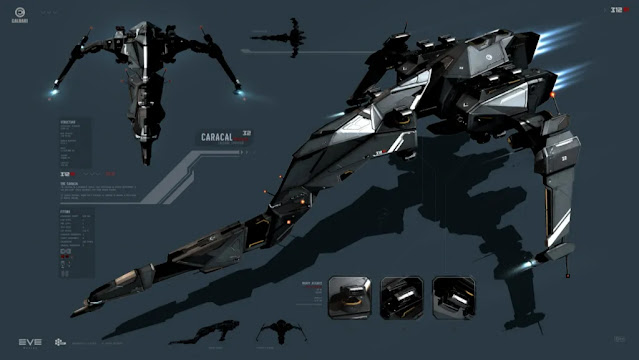 The following story references this Caracal kill this morning.

Nothing exceptional about this kill and using a Lachesis to explode a Caracal is not the most daring thing the Pirate Lord could possibly do. But this is a great example of why Kill-boards are untrustworthy narrators of our in-game lives. Killmails only tell the details and leave out the story behind them. And, as anyone who plays Eve Online knows by now - story is everything.

Years and years ago, back in the proto-Pirate days when I used to live briefly in the Great Wildlands I started using a Manticore to probe stuff. I sucked at probing and found little value in it as a PvP weapon. Not many choices when it came to probing and killing anything with the same ship. And since I've never dual-boxed in my career, I sort of set aside the probe skills. For one thing, we've always had exceptionally talented probers in Stay Frosty. People whose skills are amazing and wondrous to behold. I remain in awe of people who can scan and lock down targets seemingly in seconds. I may never have that kind of skill. However, it does help if you actually train the needed skills. And I've recently just topped them all off at Vs.

Flash forward a decade or so. So today I was coming back from a Jita run on my alt when I spotted this Caracal on d-scan in local. I docked up and switched back over to Rixx, undocked my Gnosis which I have set-up as a probing platform. Let me tell you, I still suck at probing. But I am trying to get better. This Caracal kept moving on me, but eventually I managed to lock him down. It helped once I figured out how to open the map and the probe window at the same time. Unfortunately my Gnosis wouldn't take the gate, so I had to go get another ship.

I picked a Garmur for the speed and long point range and went back. He was three rooms deep at this point (Which is one reason it was tough to nail down a lock earlier) but I did eventually find him and get him pointed. A Garmur was not a great choice and despite killing his two drones, eventually the remaining NPCs forced me to withdraw. I offered up a gf in local, but nothing from the Caracal pilot.

Once I landed back at the station I realized he was off scan. Now, you don't play Eve Online for 14 years without garnering an innate ability to second-guess the actions of other pilots, especially as a Pirate in Low Sec. I immediately figured he had returned to a station to replace his drones and ammo. So I jumped in the Lachesis, knowing he couldn't see it on d-scan, and quickly warped back to the gate. And waited.

Sure enough, about five minutes later he landed. After his ship exploded I realized how it was fit and decided to let his pod go. I make these sort of decisions all the time. Good fight, young pilot, no need to pod. I told him in local and got no response and the pod just sat there. So I did the next thing, I counted down from three in local. Still nothing. So he got podded.

Again, not the most exciting story ever. But if you just saw that killmail on my kill-board you'd think one thing about it - that Rixx used a much more powerful ship to kill a much less powerful ship. Just another example of how the story is often much, much more than what you see.