The AT Journal | Practice 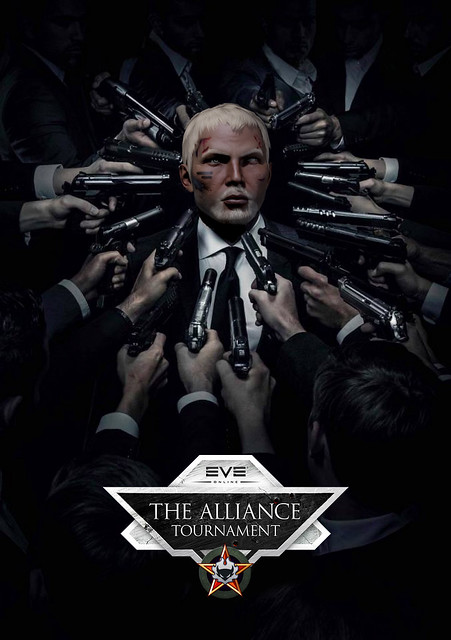 This year instead of making propaganda and wallpapers and silly videos, I thought I'd do something different and write a series of posts about what it takes to be in the Alliance Tournament and give you all a peek into the behind-the-scenes work that goes on. Always with an eye towards opsec of course. I can't give away all the secrets. But given the results of our last two attempts at this thing, I think taking it more low-key this year is probably for the best. For those of you reading who do not keep track of weird statistics ABA has gone 2-4 over the last two AT Tournaments - losing both our matches last year. Something that hasn't happened since our very first AT way back in AT13.
We did consider not participating this year. But ultimately none of us wanted to stop after such a dismal performance last year. We continue to have something to prove and we still feel like a much better team than we've shown lately. But I won't lie to you - last year knocked us for a loop. Understandably. So this year we talked a lot about how we worked last year, about how we built comps, fits, and everything that went into our short run. And we decided to overhaul everything from the ground up. Start fresh. And focus on the important things. It is amazing to me how easy it is to fall into bad habits and get lazy. Now, in our defense, we all have real lives. And it isn't always easy to commit full-time to these tournaments. That does play a significant part.
We did manage to get past the Feeders again this year. Our bid was accepted and we are already in the Tournament. So we managed to dodge that bullet. I've heard that a team we know bid 10,250 Plex and just missed getting in and will now have to face the Feeders. So that was a close call. Just like last year we ended up bidding 13 pieces of silver. (My wallet is much less than it was, but thanks to everyone who donated Plex to the effort. Sincerely appreciated.)
So we've been busy learning the new rules for this year and building brand new comps, putting fits together, and trying to figure out how to make 100 points work as hard as they can. All of which is purely theory until you land on grid with another team. Which we did yesterday during our first practice. Practice means logging into SiSi about two hours early. You need to pick a system that supports the market, but that is off the beaten path, and get an arena set-up. That can take some significant time to get right. And then you have to build the ships, rent an office, make sure everything is perfect and ready to go, so you can maximize the time you have.
Once all of that is ready the team members start to arrive on comms and in system. Then it is all about getting everyone into the right ships, organizing everyone, working with the other team and building out the strategy you want to try with the comp you've picked. All without knowing what the other team will be bringing to combat you. It is a lot of work, but if everything is running smoothly it can be a tremendous amount of fun. And everything did run smoothly yesterday and we all had a blast.
I know it's only one practice but I feel a completely different vibe this year. Everyone seems much more comfortable this year. We do have some new team members but our team is also extremely experienced. For many of them this will be the 4th or 5th Alliance Tournament they've been in, some more, some less, but overall this is a very experienced team. A good mix of veteran and new players.
Now to keep the momentum going and to keep refining, practicing, and getting comfortable with each other. It takes time. But eventually you get used to whose voice is whose on comms, what your fleet mates are doing, how they will react, what you role is and how best to maximize your ship's contribution to the goals of the comp. It certainly isn't a natural thing for a group of solo and small gang pirates - but based on what I saw yesterday - I think we're moving in the right direction again.
It's still early and lots of things have to happen yet. But I am encouraged.
ABA Alliance Tournament AT Tournament