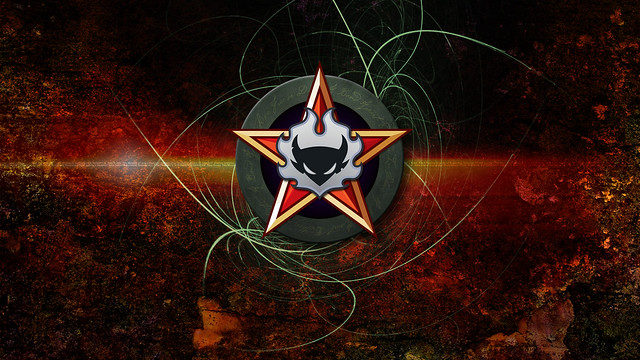 A Band Apart. Named after Quentin Tarantino's original production company, ABA was originally formed to include two corporations - Stay Frosty and Lucifer's Hammer - and to provide us an umbrella under which we could compete in the Alliance Tournament. That was it. Simple and effective. And yet, that is truly glossing over some of the more complicated and chaotic history that was happening around that time. Back in the 2013/14 time frame things were not so simple. To say the least.
Back then the fledgling Stay Frosty was located in Hevrice and under constant stress from The Tuskers, who also lived in Hevrice. I won't bore you with those details, suffice to say there was some bad blood there at the time. And some serious misunderstandings which, luckily, have mostly been forgiven and forgotten. But it was a chaotic time not only from external forces but also internal ones. Forming a new pirate corporation in the shadow of arguably the greatest pirate corporation in Eve at the time, was no easy feat. We were growing fast and that brought its own problems along with it.
During that time I was scrambling to put things into place to help address those issues. And one of those processes was to consider alternatives to the path we were on. Including possibly leaving Hevrice and moving SF out into Null Sec. We received several offers during this time to join NS Alliances. I know this sounds weird now, but back then I wasn't that far removed from having been in several NS Alliances and my ties into that world were still rather deep. Just a little over a year earlier I had left LS briefly to go help Morsus Mihi fight a war down in Fountain. And my friends in Dissonance were still actively involved in wars up in the north. Not to mention Brave had started around the same time we had and was still mostly operating in LS space back then. We had lots of options.
Funny to think about now almost ten years later. Obviously I did not choose to do any of those things. And we brought Lucifer's Hammer into the fold and formed our own Alliance. And competed in our very first Alliance Tournament. And now it is almost ten years later. At one point in our history ABA had almost 1,200 players in it. Over the years 26 different Corporations have called ABA home. Some stayed, some faded away, and others went on to choose their own path. We took Sov twice. And we've competed in every AT since then, finishing 11th one year. Which is our best showing so far. Over time we've established our own identity and our own culture. A rather unique identity among the Alliances of Eve Online. One I am extremely proud of.
People often misunderstand what ABA is all about. Even our own members sometimes don't entirely grasp the point of it. And new Corporations who join our group are sometimes shocked at the way we run things. The mistake typically comes from assuming we are simply a group of casuals who don't take Eve seriously. This is not true. We don't take other people's Eve seriously, but we certainly take our version of Eve extremely serious. Our version of Eve is different than most. We're not out to grow to become one of the largest Alliances in the game. We have no interest in Sov Wars. Or building insane wealth, or building up our Cap fleet. What we take seriously is our players. ABA is a player first Alliance. Primarily built around the pursuit of the martial art of PvP and the associated industry needed to support that pursuit. So that our players can afford to pursue PvP excellence and be surrounded by the support, infrastructure, and friends needed to help make that happen. For no other reason than to have fun playing this crazy video game of ours.
That doesn't mean that all ABA members need to be PvPers, far from it. Because our community inside the Alliance is solid enough to support all sorts of activities and interests. But having those gives all our players content, opportunity, and challenges that they need to enjoy the game.
As Eve continues to transform in the coming months ABA is looking for a few new Corporations to join our family. If you are the CEO or in leadership of a growing group of players and the above sounded like something you'd be interested in - then I encourage you to contact myself or one of our Directors to talk about joining. Our public channels are EVEOGANDA and The Frosty Hammer. Or you can hit me up on Discord. We're looking for like-minded groups in the EU and US TZ primarily who are looking for a place to grow their Corp and be surrounded by excellent pilots, regular and organized roams, daily activities, a vibrant Discord group, and supporting record-breaking events like our annual FFA. Oh, and possibly being on the Alliance Tournament team.
A Band Apart. More than just a name.
ABA