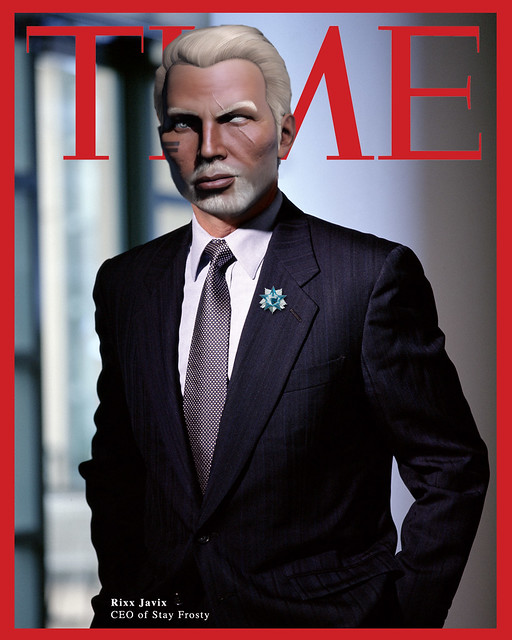 14 years. In a few days, Wednesday to be exact, will be 14 years since I first downloaded Eve Online and created the only character I've truly ever played - Rixx Javix. I only knew a couple of things about Eve Online on that day back in 2008. Eve ran on a Mac. It was made by a company based in Iceland. And it allowed you to fly spaceships with other players. That was enough for me to immediately download it and I haven't stopped playing since.
The years have at once flown by and yet also feel like forever. September 21st, 2008 was another life. And I mean that quite literally. I was running my creative agency and we had just experienced the best year we had ever had. I had just moved into a new home and my Son was able to come live with me full-time. It was he who introduced me to Eve Online and we'd spend the next 14 years playing the game together. We still do when he, or I, have the time to do so. He's 29 years old now and happily married. As am I. I live in another house now and he and his Wife live close to us, which is awesome.
In early 2009 my agency pitched CCP Games on the idea of running their social media campaigns. We ultimately didn't get that business as they decided (rightfully so tbh) to run the social media in-house. Back then a lot of companies weren't sure how to operate the new social media platforms that seemed to pop-up every day. In-game I was busy learning skills and operating down in Providence as part of the LFA Alliance. And trying to figure out how the game worked and what my role in the game might be. It was a confusing time in many ways. I had a lot to learn. And I made a lot of mistakes.
I didn't play a lot back then. I had a lot on my plate. And in those first few years the sheer amount of life-changing events I had to deal with would only multiply exponentially. I'm the first to admit that those real life pressures didn't always translate well into my Eve experience. Eve was, and remains, my only MMO experience. How to balance fake internet spaceships, real people, fake internet characters, the meta-game (what even IS that?), with the real game happening inside of Eve? All of which got even more confusing when I started writing this blog. And making Eve art.
I call that time between 2008 and 2015 the First Half. Eve didn't really start to make sense to me until 2015 when I was fortunate to have several amazing things happen to me all at once. CCP started selling my art posters and I was able to travel to Iceland for the first time and actually meet other players in real life. Up until then the only other Eve player I had met in real life was my own Son. But traveling to Iceland and not only meeting real players, but CCP employees, in the flesh was a transformative experience for me. I can't begin to explain it properly, but everything changed for me on that trip.
The second half, between 2015 and now, have been the best years in and out of Eve. Most of the people I consider to be my friends are because of Eve Online. Many of them even work for CCP. My Stay Frosty and ABA family continues to thrive. And a few months ago I realized a long-term dream by finally opening an officially licensed store that allows me to offer my own art for sale. Something I've worked tirelessly on, for myself and other players, for well over a decade now.
Where do I go from here? How much longer will I be playing Eve? I have no answers to those questions. I simply don't know. I do know that I will continue as long as it makes sense for me to do so. I know there are more things to accomplish, more things to experience, and more art that still needs made. I'm still having fun. I still look forward to logging in when I can and playing the game with my friends. I'm looking forward to our seventh run at the Alliance Tournament. And I'm excited about this project I've been working on all weekend, which you will get to see on Wednesday. I'm excited about Clear Skies IV and the work I've been doing with Ian. I'm excited about the store and some of the projects I'm working on for it. There are so many things to do.
If you've managed to read this far then Thank You. Every day several thousand people stop by here and read my words, or look at my art, and I want to thank you for that. You keep me going. And I sincerely appreciate you.
Where do we go from here? I'm excited to find out.
Eve History RixxJavix