The Thing About Consent 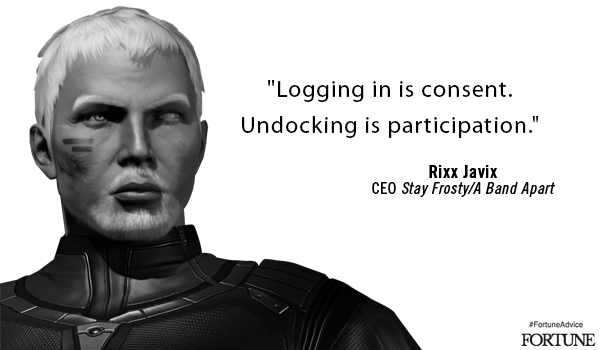 As Pirates inside of Eve Online we struggle with a lot of moral and philosophical issues on a daily basis. We steal hard-earned loot, we trick people, we set people up, we bait them, we blob them sometimes (can't be helped, it happens), and we kill them just as they are about to finish some mission. And worse. Often these can be young players. Even very young players. This sets up some difficult mind games in the minds of many players. These are tough actions to wrestle with. I've been wrestling with them for over 14 years now and I've written numerous posts in these pages about these issues over the years.

In this post however I don't want to get into the weeds about every single action-reaction-consequence because we'd be here all day. What I do want to accomplish is to set the record straight about a few things that I believe should be painfully obvious by now. First of all, Eve Online does not hide its intentions. People are not tricked into playing a Farmville game only to painfully discover that it is, after all, a horribly dark and evil PvP game in which you can die. Eve isn't like that. It is pretty clear about its intentions and after 19 years it should not be a mystery to anyone. When you log-in to Eve Online you are consenting to that experience. Period. End of story. And when you undock you are agreeing to participate in that experience. Period. End of story.

There are no gray areas here. No matter what you personally choose to do inside of this game it is PvP. Player Versus Player. Don't let anyone fool you. Every choice impacts another player no matter if you intended it or not, doesn't matter. Even the goodie-two-shoes players impact other players. We all do. It is a sandbox we are all playing in. So get over yourself and stop whining about it. In the old days we used to have a saying about Eve - "Harden the Fuck Up" or HTFU. It was so popular they wrote a song about it. I have a coffee mug with it printed on it in big, bold letters.

You do not have to like this reality. No one is forcing you to play the game. You can opt-out anytime you want. Many do. Many don't. This is the sink or swim mentality that forges great players and great communities. Those players and Corporations and Alliances that stories are written about didn't come from being coddled and hand-held, they came out of the fire of this very specific reality. This game is freakishly challenging. It is so difficult that someone like me can play it for 14 years. That is Eve Online.

So let's stop pretending otherwise. It isn't helping anyone.

Either you are in the game or you are not. There is no other choice.