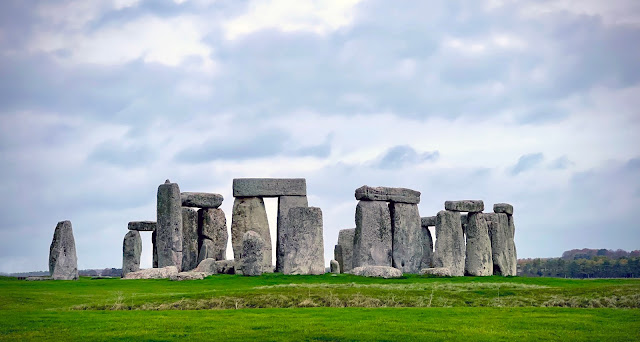 It blows my mind that I took that photograph. I was standing right there. Four days ago. Walking around Stonehenge and being as impressed as I had hoped. It did not disappoint. I could write a lot of words about the experience, the day, the history of Stonehenge, or why it meant so much to stand there and take that photo. I could. I could write about all the people who, when they discovered we were going, seemed to want us to "figure out" the reasons behind it being built. Or the local gentleman on the bus who continued to express to his party what a "mystery" Stonehenge was and how no one could know the secrets of how it was built. I could write a lot of words about these things. But I'm trying to pull this back into an Eve related post.

Stonehenge is old and so is Eve Online. That's all I got here, so bear with me. Plus I wanted to share that photo. But I promise I do have a point I'm working up to and it will be somewhat related. Recently I was surprised to watch the reaction to the recent Uprising expansion among my fellow players in Stay Frosty. A surprising number of which did not take well to the explosion of activity and changes presented to Low Sec space. A number of whom decided to leave LS and move on to other areas of space, or simply not log on as much because their favorite ships were no longer as relevant to the new meta. LS has, quite literally, never, ever been as active as it is now. This is the entire definition of a target rich environment. And yet, for some people, this was all just too much to accept. Rather than adapt, they decided to move on or ignore it.

I find that fascinating. And I freely admit that Uprising happened at a bad time for me as well. The Alliance Tournament was still going and we had a trip to London planned, so even I haven't really had a chance to absorb all the changes yet. But I'm working on it. For me it is just another challenge. Learning new things, adapting my play-style, choosing new implements, testing new limits. I bought 4 of the new Navy Destroyers and proceeded to fly them all to test them out. This is how I approach change. I jump right into it. And I'm not saying I expect everyone to do what I do, that would be silly, but I am saying that I found some responses to be fascinating.

Phantomite recently wrote a post about leaving dead groups and the nostalgia factor that players hold onto that keeps them from enjoying the game. It's a really good post and I recommend reading it. I think the two ideas are connected here. The misplaced nostalgia of the past and the resistance to change are intertwined. As Eve continues to plow forward into its third decade the history of the game, the accumulated story only gets larger and larger. And more weighty. For some the response is to become entrenched in that history and hold on tight to the "way things were", for a past that cannot be re-captured or held onto. Perhaps it is just human nature. As we get older we tend to hang onto the memories of our youth, to long for simpler times when things seemed better. It is of course a lie, things were never simpler. You just remember them that way. The world has always been complicated.

The reasons why those neolithic people built Stonehenge were complicated. I'm sure they had their reasons. And they were probably the same reasons we would build something like that ourselves. For shelter, for gathering, for hanging out together, for figuring something out. Since I was a kid watching Leonard Nimoy talk about Stonehenge on "In Search of..." I've never understood the acceptance about the mystery of how it was built. Give me a few thousand people and I'm sure we could build something like that without too much trouble. It's called hard work, ropes, and a magical device called a lever.

The trick is to find your own lever. In Eve. And out here in the real world.

See? I told you I would connect everything. Whew. I was worried there for a bit.

TLDR; Get off your ass and build something. It might just last.