Face of the Titan Illustration 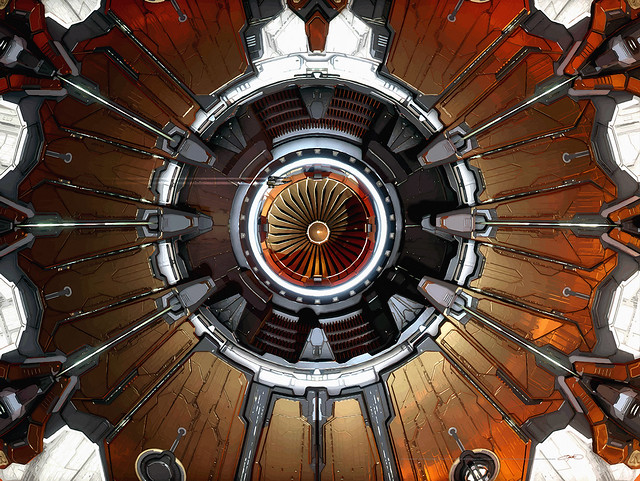 I started this piece about a month ago and planned on releasing it in the new year, after Christmas at the earliest. But then I had more time this week than I thought and boom it all came together and clicked into place yesterday. I've been wanting to try something that was ALL texture, something that took up the entire image and showed us a slice of something that we rarely, if ever, can see in-game. Ever since the Avatar Doomsday was re-imagined and updated I've been fascinated by it. There just isn't anything else like it in all of New Eden - it is after all, a truly large gun.
Luckily for me a lot of this is symmetrical, otherwise I'd probably be insane by now. So much detail and fiddly bits in here. And hours and hours of layering and figuring out brushes, and color layering, and... well you get the idea. Come to think of it, maybe I am insane?
I'll let you be the judge of that. As for me I'm fascinated by this one. It has rather unexpected ominous presence that I didn't anticipate.
Art illustration Rixx Store