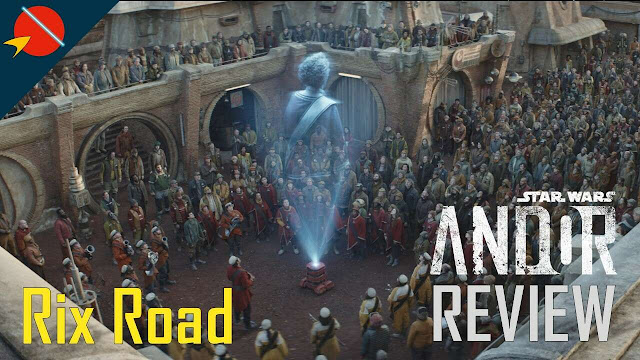 No one was more shocked than me that the last episode of Andor's season one was called "Rix Road". Although I must admit I'm extremely excited to now be a part of the Star Wars Universe as well. I must have done something pretty awesome to get a whole road named after me. Perhaps Space Pirates are better respected in the SW Universe?

Andor is one of the best pieces of narrative science-fiction ever put to screen and if you aren't watching it, you should be. Disney has made a lot of mistakes with Star Wars since they bought it, goodness knows, but Andor is (hopefully) a sign of better things to come. I hope.

Anyway, I'm not feeling well and I don't have the energy to write 2,000 words on why you should be watching Andor. Just go watch it. You won't regret it.