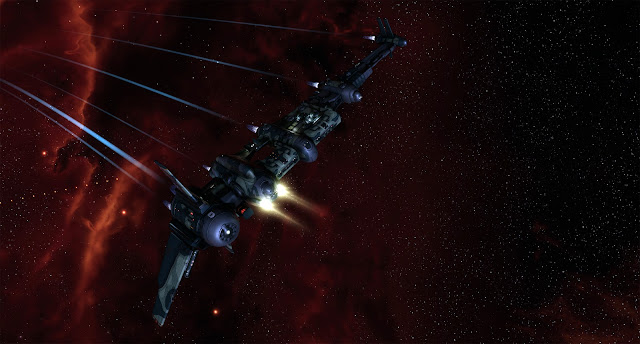 Four new Destroyers were introduced along with the Uprising expansion. The Thrasher Fleet Issue, the Catalyst Navy Issue, the Cormorant Navy Issue, and the Coercer Navy Issue. These four ships, along with changes to Factional Warfare systems, constituted the core elements of that expansion. And they have had a significant impact on the fundamental ecosystem of Player Versus Player content within Eve Online. These ships are significant additions to the potential fleet a player can access with major implications across the spectrum of playing styles. So let me share my impressions after having flown them all in combat.

As always this is not going to be a data driven review. I undock things and I engage in combat with them. To learn about these ships I went and bought a bunch of them, fitted them up, and engaged in combat with them. Rinse and repeat. Fits were trial fits both worked out using Pyfa, but also after conversations with other Stay Frosty pilots, and based on experience in each ship. Early fits were often changed considerably and adapted, back and forth, until it started to become apparent what the primary fits would be. This is the normal process for any new ship introduction and it is something that I think most combat pilots in Eve enjoy doing.

In addition to flying these ships solo we've also had several small gang fleets with several of them. This was somewhat limited due to the initial higher prices these ships demanded, which is also normal. The prices have since normalized somewhat and this weekend I'll be FC'ing yet another Dessie based roam. So now you have the background sorted.

This might be the best new ship introduction in the history of Eve Online. The new Destroyers fit well into the existing and new meta of Factional Warfare and create an entirely new niche for themselves. We could argue that their introduction, along with FW changes, has eliminated entire classes of ships from that same meta -- Pirate ships and Assault Frigates for example. But that is a subject best left to other posts. (See my recent "Normal" posts) But those consequences are more about mechanics than the Destroyers. These ships are good ships. All four of them.

And that is the thing - all four are solid additions to the Eve fleet. There are no losers here. Each ship fits within an expression of its own abilities and the reasons for flying them. And those abilities are expansions of the "normal" destroyers they are based on and not something new created from scratch. Cat Navy ships are great blaster platforms, Coercer Navy ships are solid armor based laser platforms with cap issues, the Cormorant Navy can snipe or be used as a blaster shield platform, and the Thrasher Fleet is exceptional at either AC based close range or Arty based long range - just like their now pitiful originals. There is nothing new about this.

Given enough numbers each of these ships in fleet are insane projectors of damage. Individually easily fitting right into the 300-600 dps range, with a well fit arty Thrasher easily able to generate upwards of 1,400+ dps per volley at range. And not just on paper, I've seen these numbers under combat conditions. Put 10 of these together and shoot something with them and it will explode. Right now it seems like the Thrasher Fleet Issue is the popular choice based on what I see in space, with the Coercer probably being the least seen out in space at the moment. This also is not unexpected. The Thrasher is a versatile choice and can be fit any number of ways. While the Coercer remains challenged in several ways, primarily with Amarr cap issues, I still enjoy flying them myself.

I don't fly the Corm or Cat versions as much solo. They are better in numbers, primarily due to speed issues and the usual problems with range projection since both are best with blasters fitted. They are both best when the fight is coming to you and less so when you need to bring the fight. If that makes sense.

All in all there are no bad choices here. Each ship is tough to kill and projects a considerable amount of damage when it can apply that damage. Each situation is different and the choice you make of which one to fly will determine the things you can expect to achieve with them. Nothing new there either.

Those are my thoughts.