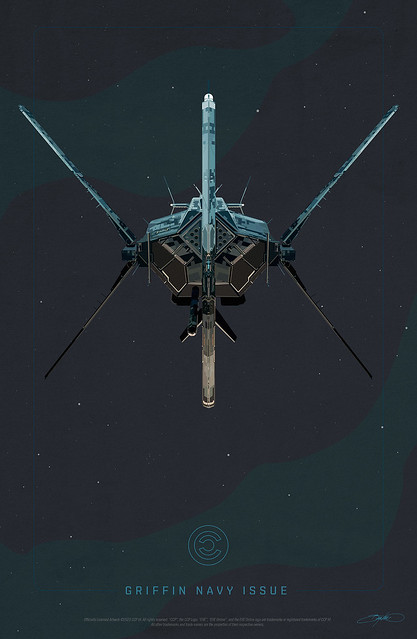 My first new illustration for 2023 features the Griffin Navy Issue in a minimalist style drawn entirely by hand in Illustrator. This is the first piece in a new series I'm planning featuring the Navy/Fleet/etc ships of Eve Online. I started with the Griffin primarily because someone in Stay Frosty has been asking for a Griffin poster since I started the store back in July. And they've already ordered it.
I may do the Thrasher or the Catalyst next, not entirely sure yet. Or maybe even the new Coercer, I do really like the way the new Destroyers look. We'll see how things go, I also have some catching up to do on Clear Skies for Ian, so that will take some of my time in the next few weeks.
I really hope you like the new style and I'm looking forward to digging into this even more in the coming weeks and months. I will also be exploring other subjects in addition to this new series, so it won't all be minimalist series. I'm currently planning on a new map as well, this one focused on Low Security Space. So lots of projects in the pipeline.
Happy New Year!
Art illustration Poster Rixx Store