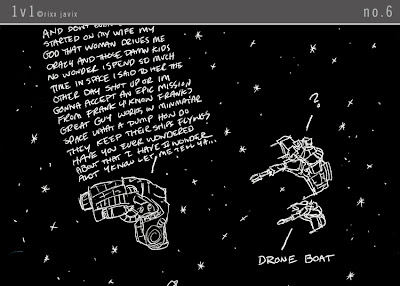 Click to embiggen
Eve has an evil way of keeping us all humble.  No matter how many skill points you have, or how well you think you are doing, the Eve universe can sometimes rise up and kick your ass.  I'll share a humiliating story with you that illuminates the issue.  A long time ago, when I first went into zero space, I thought I'd get rich killing rats.  Compared to the wussy rats in hi-sec, zero rats were awesome.  Eventually I did manage to get rich, but at first zero space rats kicked my butt.  We used to have to rat together in gangs.  Back then my best ship was a Moa, so this tells you how long ago I am talking about.  One of the most frustrating things was getting stuck on an asteroid and getting kilt by rats.  This happened about two or three times before I could get into a better ship.  And while that is bad enough, it isn't the point of my story, only the backstory.
Skip ahead nineteen months.  The humiliating thing is that it happened again.  I happened to scan down a hi-sec plex the other day and I thought, "Huh, I'll just fly over there and kill rats."  In my totally kick-butt T2 fitted, uber tank Drake.  Should be no problem right?  As luck would have it, I warped right smack into a structure and got stuck!  So 40+ rats aggro me and, even with an awesome tank, before you know it... poof.
The Eve universe is bigger than us.  And, I believe, it doesn't like us very much.  But it can't kill us, so it can only try to break us.  To make us insane, to drive us wonkers and force us to quit.  Which is strange for a game... I suspect a higher power is in charge.  No, not Icelandians.  Not GMs.  Bigger than that.  I have some theories, but those I am saving for another time.
1v1 Humor