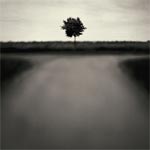 This week I got my 2,000th kill when I blew up this poor young player in his Thorax. I convo'd him afterwards and gave him 100m ISK. He thought I was trying to scam him at first. Can't blame him really. Who gives someone 100m ISK after they explode their ship?

Two thousand kills is nothing to some people. And to many others it is more than they can imagine. Almost half of those kills have come in the last year and a half of playing Eve. And for me, almost all of them have been hard earned. ( Not all of course, I'm not above blowing up a Velator that is hanging out in a belt for no good reason.)

I talk to a lot of young players. Especially lately. And the one thing I try to impart, in addition to specific advice about PvP, is not to fear failure. In fact, to become successful at Player Versus Player combat in Eve, you must embrace failure. You cannot fear it.

I died a lot when I first started playing Eve. I derped myself into more bubbles and camps than I care to think about. I attacked -10 pilots in my T1 fitted Drake. I declared War on five year old Corporations. I travelled alone thru Null space in a variety of ships. I bombed things. I sat cloaked above Gates. I attacked ships on stations. You really can't name something you can do in Eve that I haven't tried at least once. And failed at. I sucked a lot. I still do sometimes.

Just yesterday I fitted up a Heron to try and get my 2k win in a lol-fitted ship. I found a young Rifter pilot and figured he'd be an easy win. Or, if not easy, then worthy of being number 2k. That didn't work out the way I had hoped. ( I really should have had a Web. )

The point being, I don't care enough about my kill-board. In fact, I really don't care about it at all. It is, and always will be, derivative of me playing Eve. It happens. It doesn't determine or drive my thinking, my decisions, or my attempts to destroy other players. Sure, if I've had a bad run I may choose cheaper ships or try to take less risks for a bit, but that never lasts.

All of those deaths have been about having fun, enjoying my play, experiencing all that Eve has to offer and learning something new. Training skills, fitting ships, flying with your friends, getting into new ships, these are all important things. But risk is the ultimate reward in Eve.

To me there is nothing else like the adrenaline rush of PvP in Eve. It is the SOLE reason I play. You may play for other reasons and those are valid for you. The point is to take risks, undock and try your hand at something, go for it, explore, make the sandbox your own! Do not fear failure. Embrace it. Learn from it. Thrive and strive.

If you've ever wondered about something, go and do it. What is the inside of a Wormhole like? What is at the bottom of the map? How can you survive a gate camp? Have you ever burned back to a gate while a dozens ships try to kill you? It is an amazing experience. Whatever it is, try it. Sure you may fail, you may suck, but so what? Does it really matter more than the fun you'll have trying? I don't think so.

What else are you saving up for? If not now, then when? If not you, then who?

It isn't failure. It is the tapestry of your own story. Those 438 losses on my kill-board are the scars of my own story. The tales I share around the camp fire, the yarns I tell my children, the battles won and lost, the lessons learned, the laughs shared with my mates, the enemies vanquished and those that fought hard.

What stories are you living? What are you building in your sandbox?