Fit of the Week: Garmur 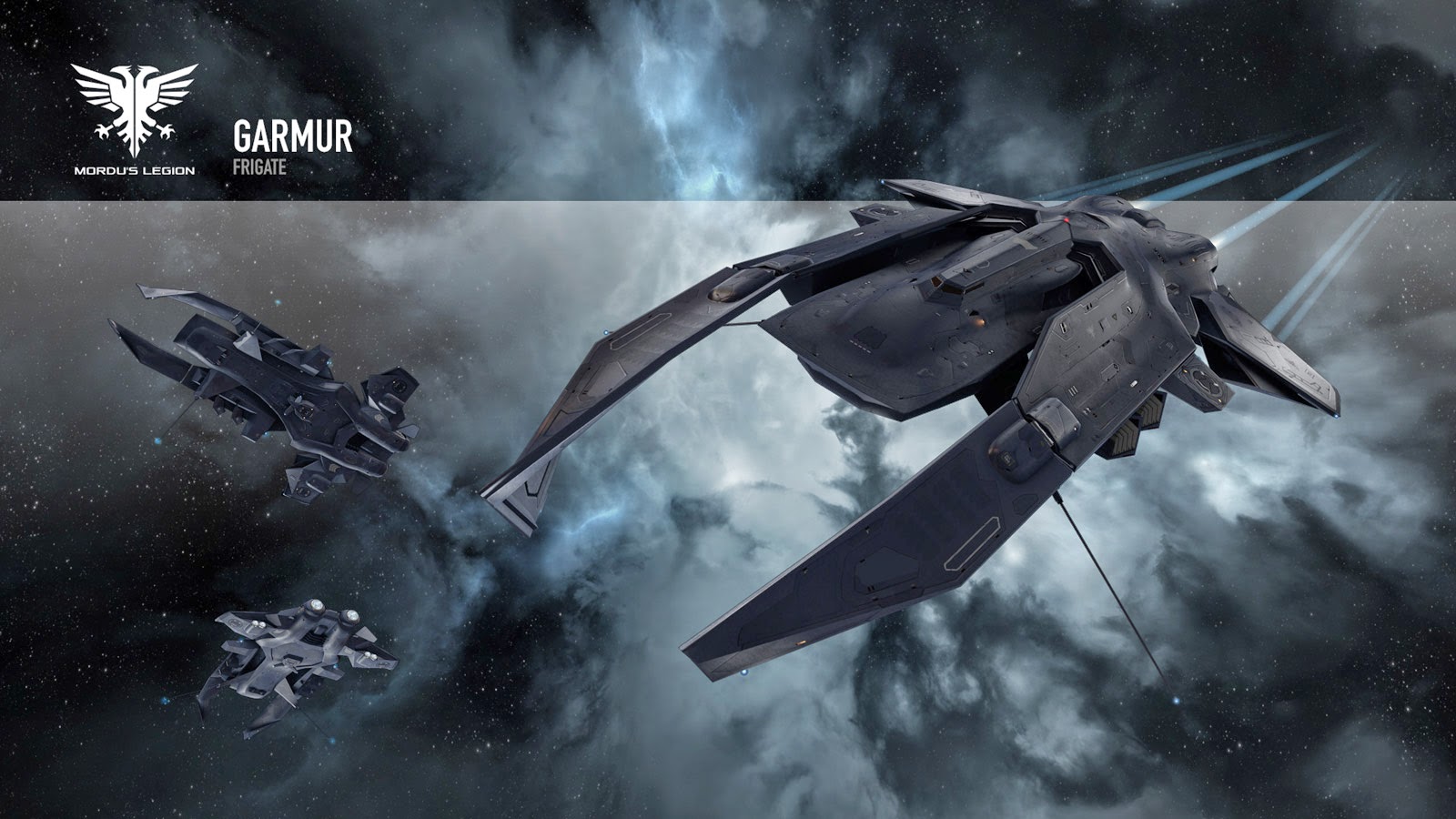 FoTW is our regular look at how to fit ships for PvP in Eve, except I've called it something else now, due to recently changing circumstances. I am a Pirate after all.

For our first gazillionth post, I've decided to take a look at the new Garmur Frigate that was released last week. I will warn you up front that I've had six fights in the new Frigate, three of which were test fights against Alliance pilots. So this fit is not as battle tested as I would like, but it has performed well in those fights and is the end-result of several modifications and changes over the last few days. I will most likely follow this post up a few weeks from now with some additional updates.

The challenge is to develop a "main-line" fit that works on a day-to-day basis and that can be modified easily to fit specific situations. No fit is intended to be a cure-all for everything and anyone that thinks that hasn't fought enough. You take a baseline fit that works well, then adapt it to other uses - or add faction mods - or whatever else you have on hand.

As always we let a ship's bonuses guide us to a decent starting place. Immediately the most important aspect of the Garmur becomes apparent. This little Frig gets an insane point range bonus! With a faction disr fitted you can easily get 36k cold. That is extremely impressive and we are going to build the entire base-line fit around that bonus. The Garmur is also a speedy little Frig, 4k+ speed with MWD fitted. It is also extremely tight and cap can be an issue. So we have some challenges.

We need a weapon system that can match the range of the point and LM fit the bill. And the Garmur gets nice bonuses to missile damage and velocity. With Furies loaded the dps approaches 200 cold, which is very respectable for the class.

Mid Slots
Warp Disruptor (Up to you which flavor, but even M4 Point reaches 30k cold)
1mn MWD (4k+ speed depending on flavor)

2x Utility Mids
I've seen Medium Ancillary used and other combinations. But those require gimping low slots. I started with a Medium SE, but that also required a Cap Booster and some gimping of low slots. I don't like to gimp any slots on my PvP ships, so I've settled on this configuration for now.

Low Slots
DC (Depending on your skills you may need a Meta here)
BC (Critical for dps)
Nano (or Overdrive, depending on how you fly, I prefer Nano myself)

Rigs
This is where your own skills come into play, you may need some power grid help. But only EVER give one rig slot to cap and/or power grid help. If you need more your fit sucks or you should wait to skill up more.
I went with one DPS Bay Loading Accel, a Core Defense and a PG Rig.

Cap with this fit at my skills is a respectable 3:40, more than enough time for most fights. In a longer engagement you can pulse the MWD.


In my opinion the Garmur is flown much like a IN Slicer. Both ships serve the same niche in combat and both ships survival relies on range control. Unlike the Slicer the Garmur demands a shield based defense, which means it cannot survive close combat for long. So the key is speed and range. Which is why I like the Balmer option for one of the mids, it will help keep the enemies dps at bay. And you should be fast enough to outrun most drone damage. I had some Warriors on me yesterday and they couldn't catch me.

Again, more field testing is required before I give this fit the final stamp of approval, so be warned.

I'm naming my Garmur's after defense contractors, mine are named Rockwell and Haliburton.