The Cost of Blogging 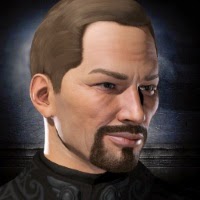 EDITOR'S NOTE: While it might get lost in the post below I want to be clear that this is simply a reaction of frustration and disappointment on my part. Given the context of recent posts involving the dark side of Eve, the sudden one-post "I'm Quitting" statement seems out of character. This represents some concern on my part. Perhaps I missed making this point in the original post and that is on me, but I want to make it as clear as I can. I have nothing but the highest regard and respect for Ripard. And it is certainly his right to leave in any way he feels justified to do. I am personally concerned that he chose to do it so quickly. This flies in the face of "fighting the good fight" and leaving us all with even more to ponder. As I would have expected. Hence the frustration and the disappointment. Hopefully we will learn more in the coming days.


Without preamble, one of Eve's most prolific writers, has announced he is no longer blogging.  Right up front I want to say that I have always supported the Eve Blogging Community and all of our rights, including the right to stop doing this crazy thing we do. Over the years I have lost many of my peers, from CrazyKinux, to Mule, to Mord, and hundreds of others that started strong and ended before their time.

I will also say, right up front, that I have nothing but respect for Mr. Jester and his trek. I remember when he came onto the scene, when he was still a wet-behind-the-ears up and comer to this great community. And, while we have not always seen eye-to-eye, I have been a constant daily reader of his writings. I actually changed the types of subjects I wrote about because of Ripard, he was covering subjects I once covered and doing so at such a rapid pace - that I decided to leave that space to him. That is as much respect as I can garner for a fellow blogger.

As much as I write, Ripard wrote more. And I often joked with him about his "staff". But I also worried that such a pace would be unsustainable. And since his departure from the CSM it has seemed especially troubling the direction his writing had taken. The writing, as they say, was on the wall. I hope he decides to leave his blog up and running, as a resource and an archive. It would be a shame to see it go dark and lose all of those 1,829 posts.

Now that I've gotten all of that out of the way. And spoken the truth about how I feel this morning at this news, I must also speak the truth about some things I found troubling about his final statement.

He says: "This little blog was started as an experiment to support my run for CSM6 almost four years ago. And it has a nice symmetry to shut it down after the completion of my successful CSM8 term. Over that almost four years, the tenor of the game has changed remarkably... and not for the better."

I find this rather shocking from a player that has received so much support from the community, from the very beginning, from his runs and eventual election to represent us all to CCP, and from the amount of traffic his site garnered over the years. But mostly I find his admission that he believes Eve is worse now than it was four years ago almost unforgivable from someone in his position. For one thing, Eve is thousands of times better then it was just four years ago. I started blogging five years ago and I can assure you Eve was nothing like it is today. I don't want to take the time to point out the obvious, but name me a system and it is better now. As screwed up as Null Sov might be today, it was even worse back then. It is easy to forget and dwell on the negative, something he was certainly doing a lot of there at the end.

He says: "For the rest, the people trying to kill the message have been trying to kill the messenger. And on reflection, I find I am quite content to let them. Metaphorically, at least. ;-) And over the month or so since I made this decision, I've been shown a dozen or more signs that the decision is the right one."

Poor baby. We make bold statements, we stand and fight for what we believe in, and we accept the consequences of those battles. No one, not even Mr. Jester, has generated as much of this as I have over the years. There are entire contingents of people that specifically target, kill, and otherwise steal, ruin, hack, and accuse me every single day. It comes with the territory. And yes, there are times I wish I was another character in Eve. Or that I hadn't started blogging in the first place. But the good far outweighs the bad. Far outweighs. And I don't have any other characters to run off and play. Rixx is my only character - on purpose. You have a problem with me? You know where to find me. I have nowhere to run.

Meh, now that I've gotten this far down the post I've decided to not address the money issue and James515, or any of the other things that made my skin crawl reading his farewell post. I have to admit that it is starting to feel like kicking a dead dog.

Jester's platform wasn't built by him. It was built by his readers, his supporters, and those that voted for him in the belief that he'd work to make Eve better. I know how I feel about my readers and my supporters, and I guess it made me a little upset how he decided to address them in his last post. No one has to blog forever, and someday this blog will finally come to rest. I just hope, that when it does, I will be more gracious about it and leave the same way I stayed.

I'm sure I'm about to get a lot of love in the comments.