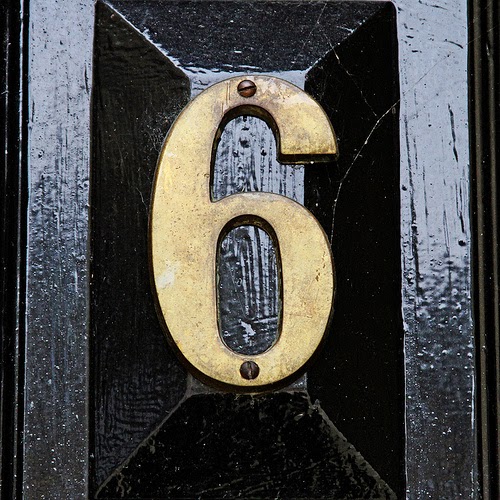 Another year in the books and suddenly I've been playing Eve for six years. I logged on for the first time on September 21st, 2008 and I've been pretty gosh darn busy ever since. (Like you couldn't do the math on that one!)

I think it would be fair to call last year the year of our Alliance - A Band Apart. The previous year was most certainly the year of Stay Frosty, so this is the year we expanded that concept and opened the doors for others to join our merry band of misfits.

A Band Apart was founded six months ago and currently has about 400 or so players in a nice variety of focused corporations all operated by an amazing, dedicated and extremely talented bunch of crazy people. 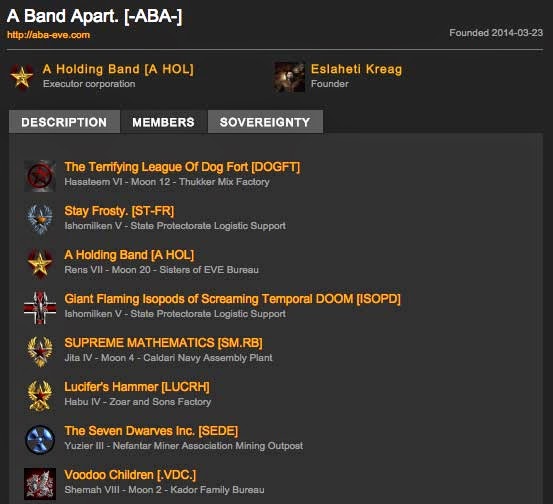 Each one of our Corporations is in ABA for a specific reason. Primarily to offer players a wide variety of play-styles, support, isk making, adventure, or comradeship so that essentially anything they want can be found within the Alliance. All of which is built upon the kind of nutty, responsible, insanity that Stay Frosty has become famous for.

I'm very proud of each of our member Corporations and those that are working hard to make them all work. I am constantly amazed by the people that have migrated and flocked to our corner of New Eden. Which, let's be honest, is pretty much all the corners.

I wish I had something more profound to offer you in reflection of the past year. But I honestly can't think of anything. In many ways this past year has been very workmanlike, not a grind, but a blur of activity, roams, fights, building, opportunities, expansion, and stuffs that went by far too fast. Whoosh, another year is gone.

As for Rixx, he passed the 115m skill point mark a few weeks ago. His dedicated sub-cap skill train continues, with only very long skills left. Now it is pretty much all about topping skills off to level V or rounding out the few remaining left-overs, or new skills that pop into the game from time to time.

I did manage almost 2,000 kills in the last year, which represents the busiest year of pew I've ever had. Which included a seven month streak of months in which I had over 100 kills. Including January when I had 217 in one month, my personal record. So that ain't too shabby.

All-in-all a great year of Eve. Great stories. Great people. And, of course, a blog that just keeps on chugging along, for five years of that time now.

For those with a sense of history, here are the previous anniversary posts:
• Year Five Part One, and Part Two
• A sort of Year Four post
• Year Three
• Year Two

This has been a Hell of a journey and special thanks to all of you that have been a part of it. Ultimately it is the people that keep bringing me back and that keep Eve fresh even after six long action-packed years of insanity.

Where will the future take us?  Let's find out.


Mostly though, I hope this crazy game stays fun to play."


I could say the same thing today.