Low Sec is the New Null 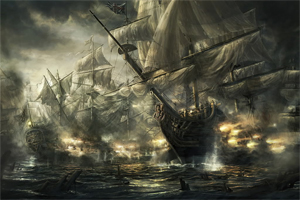 I make fun of it, talk about it, play in it, complain about it, and generally enjoy Low Sec more than any other area of Eve that I've personally experienced.


And that happens to be a lot of areas, having lived in just about every region of Eve at this point. I haven't lived in WH, but I've passed thru and fought in enough of them.


With the continuing DRF explosion in Null, the failure (or lack of serious effort) of CCP to nerf SC, and the news that PL has moved to Amamake, it all goes together to signal a new age of Low Sec love... or does it?


My personal play time has decreased over the last year, but even if it was at previous levels I can't imagine enjoying the Null sec changes that have happened over the last year. Plus I honestly like spending my play time doing what I enjoy most, fighting. I'm not much for mining, or building, or repping stations, or putting up TCUs, or managing POS fuel, or the other dozen things you have to do when you live in Null. The mere thought makes me cringe.


I was watching my son play World of Tanks the other night (he even let me have a few turns god bless him) and I couldn't help but think - that's low sec. You get in your tank and shoot other players and they shoot you. Fun ensues. Or should at least.  That's low sec.


No, low sec isn't perfect, but nothing is. It needs help, but so does everything. But it is fun. At least in my opinion.


I suspect a slight exodus from Null to Low will be (or might already be) happening over the coming months. Already many friends of mine in Null have vacated the regions, corps are going dark and alliances are making other plans. This has been happening in spurts for over a year now and it only seems to be increasing.


What will this exodus mean for low sec? More people means more targets of opportunity means more fights means more fun, or it could mean more gate and station camping more blobs more larger fleets and less fun. Either way, things change and they will continue to change forever and ever. Nothing can be done about it. Eve is a sandbox that is constantly evolving and changing, I like that about it.