A Word About Frills 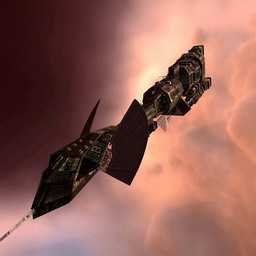 It is time to come clean.

I am an enigma wrapped in a puzzle, shaken but not stirred and certainly a few bottles short of a six-pack. The elevator not only goes to the top floor, but it continues on from there.

I'm a pot-stirrer. Always have been. And I'm not going to change. Not at this point, old dogs and new tricks being fundamentally at play here.

I am also a multitude of people. I am a designer, a writer, an executive, a blood-thirsty terrible Pirate, a video game player, a film aficionado, a father, a son and many, many more things all rolled into one. Just as most of you are the collection of your parts and not the summation of them. I can be, at once, a fan of something and, at the exact same time, a critic of the same thing. I can appreciate beauty and yet find the flaws inherent within that beauty.

I honestly don't care all that much if they bring back the Frill/Wing on the Vagabond or not. But, at the same time, I believe it might just be the most important thing about Eve going right now.

To date we've played the game the way we are supposed to. I have mocked light-heartedly and poked fun. We have started a forum thread, something I was loathe to do myself, so continued thanks to Swearte for doing it for me. ( I famously hate forums ) Stan took the ball and ran with a LIVE in-game event called Thukk You!, Frill Me! that was a huge success. EON Magazine was nice enough to run an in-magazine ad for the event and for the cause. There are dozens and dozens of Tweet Fleet members wearing silly ass Frills on their character avatars. Countless posts, discussions, agreements, arguments...

...and not one single response from on high.

I said from the beginning that perhaps this is part of some plan. Perhaps an attempt to trick us all into buying ship features with AUR, or it has something to do with lag, or new 3d modeling techniques, or any number of potential "legit" reasons. But you wouldn't know, because no one has told us.

It is called a precedent my friends. I got upset about the Frill from a purely design-tradition angle and decided it was time to test the waters and establish a precedent. How does the player-base get CCP's attention? How can we, as mere players, effect change within the game without resorting to shooting structures, or mass un-subs? Beyond the glacial pace of the CSM, who frankly do an excellent job, but rightly should be focused on larger scale issues?

If not me, then who?

Cause I can stir a pot like a Pro.

If, by chance, we could be noticed. Paid attention to. Deemed worthy of official decree, then our goals would have been achieved. But they have not. Despite the horrors of last Summer and promises of closer attention paid to player concerns, nothing has happened.

And believe me, we need something to happen. Because, yes this issue about the Frill might be silly, but the next one might not be. And since I don't plan on ever un-subbing from Eve, the only potential pipeline to affect change is apparently closed to us.

I'm not speaking about the "powers that be" here, I'm talking about us normal players. The mass of men that un-dock every day and put a bucket full of 'can-do' into this sandbox. Eve is real they say. If so, then I want my goddamn Frill back on the goddamn Vagabond.

Or, tell me no. Make up something. Just make it sound all technical and complicated. Cause otherwise it is just a darn shame.

And if they aren't paying attention? Then that is scarier than anything else I can imagine.