BB39: A Place to Hang your Hat 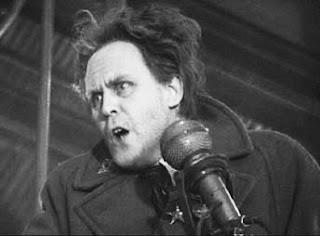 The great Lord Jon Worfin once said, "Home... home is where you a wear your hat... I feel so breakup, I wanna go home."


Welcome to the 39th Blog Banter - the community discussion that stretches across the many communities of EVE Online through the use of arcane bloggery. The conversation is open to all and readers are encouraged to visit all of the entries that will be listed below as the discussion progresses. Be sure to leave your thoughts there when you do.

For enquiring minds who would like to know more about the Blog Banters, check out this short explanation or read this overview of the subjects covered in the last year.

After a some heavy topics in the last few editions, this time we'll be taking a more relaxed trip through the thoughts of the blogosphere. The origins of this month's concept come from a suggestion from EON Magazine editor Richie "Zapatero" Shoemaker.

"Some say a man's home is his castle. For others it is wherever they lay their hat. The concept is just as nebulous in the New Eden sandbox.

In EVE Online, what does the concept of "home" mean to you?"

It is easy to say that "home" in New Eden is wherever you happen to be at the time. Where you hang your hat, or in most cases the primary station in which your precious ships are stored. That's easy.

Having travelled and lived all over the far reaches of New Eden in my career as a pilot, my homes have been temporary, transient, woven of virtual silk and easily taken from under my feet. They've been invaded, hot-dropped, lag infested back-water holes in the fabric of space-time, gravity wells of despair, blood and tortured metal. And frozen corpses. Many probably still floating forgotten in some deep safe spot far from the warmth of the nearby star.

Perhaps it is my nature to consider these dark places more than simply repositories of my assets. It is also possible that my venture so early on in my career into the world of Null space has also affected my belief in a home as more than simply a spot on a map. Whatever it is, my home in New Eden is where I live. Where I share the blood of my brothers in arms, where we die and more often than not, where we kill.

In the early years this meant more than it does now. Null space is a defendable proposition. People want to steal what you have and you want to stop them from doing so. This strong allegiance to a "place" was strong in those days. Retreating to your home system for defense mean the same thing to us all - come home. Shore up the gates and prepare to defend your own soil. In those days this meant Providence, as that was my home. In fact, this sense of home caused me to return on multiple opportunities to once again defend her. First with LFA against the hordes of -A-, then later with Paxton and finally once more as part of the Circle of Two Alliance at the cusp of the "Provi Playground".

My mind is a water-shed of imagination and I can't stop it. I've always inhabited my world in Eve beyond what is presented. The thousands of windows in a station to me are the windows to a world beyond what I see, they represent families, workers, people leading mostly normal lives who count on me at the time - to defend them. I've written about this many times, created art to celebrate it and often mock or make fun of the situations that come about because of it.

But it is this feeling of a greater universe that pervades my thoughts and feelings about my home. Even today, living in Low Sec far away from the politics of Null, I still feel the same way. When an enemy fleet comes into my system, my hackles are raised. When I see a "red" in the station I am not happy about it. And if someone is mining my asteroids, or plexing in my plexy things, I admit my first thought is that they must die. These actions are an abomination to my sense of protecting what is mine.

And sure, it is different today. No one can take what is mine away from me anymore. I don't have to watch -A- drop 27 Titans in my system and steal all that I've worked for away from me. Over and over again.

But my home is where I hang my hat. And where I wear it. And that will never change.


For more BB39 entries, please check out this post.