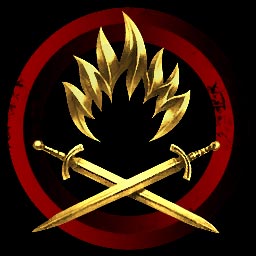 According to the Tusker Code, which strictly covers the conduct of all us nasty pirates and which we all swear to abide by - "I don't engage in consensual PVP (1-vs-1's or duels), for I wish to engage others only on my terms, and other pilots may be dishonorable. But as for me, should I ever accept a 1-vs.-1 or a duel, I shall honor it."

This is of course, at least I believe it to be, intentionally double-minded. On the one hand we are not supposed to accept 1v1 fights, but at the same time, IF we do we have to honor them.

The un-written bit of this rule is, in my mind, more important than the written bit. The un-written portion demands that mutual acceptance be given in a logged chat for the 1v1 duel. In other words, you have to be able to prove the existence of the agreement after the fact. This can be challenging.

So it isn't enough to align towards the Sun, say "1v1?" in local and then warp off in an obvious manner, have them follow you, lock them up and then wait for them to start shooting first. That isn't a 1v1 technically. So when they jump their friends on you and kill you, you have no other recourse for complaint.

Granted. I can accept that. They are the rules that I agreed to live by.

If you are in space you are a target. If I happen to be in a gang and you are in space we will try to kill you. If I am alone in space and you are nearby, I am trying to kill you. Even if I am in a Merlin and you are in a Loki, I am still trying to kill you. That means I will be on Comms asking other Tuskers if they'd like to come kill you with me. Rest assured, I am in space for only one reason - to kill you. Having said that, in all cases I am not out to use overwhelming force to accomplish this goal. If I happen to undock in my Absolution and some Slasher is lighting a cyno, I will kill it. But I am specifically looking for good fights, not blob fests. I also happen to believe this is an un-spoken element of the Tusker Code. So, if we are dancing around each other in local and you align towards a belt, planet or sun and say, "1v1?" in local, you can rest assured I consider that a 1v1. Just know that other Tuskers may be hanging around to make sure you honor that declaration.

Just yesterday I was being slaughtered in an unbalanced "unofficial" 1v1. Several Tuskers asked me on Comms if I needed help. I told them to stay away. I didn't ask for a 1v1 in that situation, but I did get myself into the fight and I would finish it. I died. Asking for help would've saved my ship. But I believe it would have been dishonorable to bring in the calvary just to save one ship. I'm weird that way.

I will say that the other pilot, probably appreciating my position, was kind enough to return my lootz. That is exactly the kind of mutual respect I want to have, even between "enemies".

Now if that fight had happened while I was in a gang, I wouldn't have hesitated to bring the gang in to gank his ship.

Every situation is different, but rules like the Tusker Code provide clarity in an often confusing universe. There are other cool parts to the Code, like not being able to lie, that are also excellent. Other parts are common sense and keep us out of trouble, or focused on our primary mission, exploding things.

The thing about mutual respect, is that it has to be mutual. When you think you have it already between yourself and another entity and then they do something that proves it doesn't exist... that isn't a problem, it is only a change. And change is good.

It keeps me on my toes.