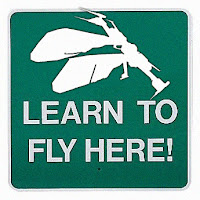 "Learn to Fly" is a new series in which we examine the specific skills required to properly fly a ship in Eve Online. In this post we take a look at the Condor.

The poor Condor was for years one of the worst Tech 1 Frigates in all of Eve Online. The butt of jokes and pretty darn worthless in combat. The only good thing going for it was how gosh darn cheap it was and it allowed an entire generation of young players the chance to point something and die before the rest of the gang arrived.

But not anymore. Thanks to recent changes and Tiericide balancing the Condor has been given a new life. Still incredibly cheap it is also now a potentially lethal little tackler/killer. I've been flying the ship pretty often over the last month or so and have gotten some pretty good fights in it. So I thought I'd share with you what I've learned so far.

Some examples of recent kills in the Condor:
Condor Vs Algos
Condor Vs Rifter
Condor Vs Catalyst
Condor Vs Merlin

There are two valid ways to properly fit your Condor and they depend on your fighting style and the type of ships you will be engaging. The determination is based solely on what you want your extra mid-slot to be based around - a Web or a Target Disruptor.

Mid Slots
MWD - Depends on your fitting skills the one you can use
Disruptor - Again, see above
TD - The DDO or Balmer depending on skills
Small Ancillary Shield Booster

Low Slots
Same as above


The important thing to remember is that nothing is set in stone. These are tight fits and you'll need to test them out with T2 and Meta versions of the mods listed to find the fit that works for you and your skills.


I've flown both configurations and they are both valid Condor fits that allow you to engage a wide and varied range of ship types for relatively cheap.

The Condor is fragile and will be killed a lot. The margin for error is extremely thin. This makes it an exciting and dangerous ship to fly. I've been having a blast in it and it allows you the opportunity to engage ships you probably might not otherwise engage because it is so cheap.

You have two factors in your favor - Speed and Range. The Condor is very fast and can hit targets with its bonused scourge missiles at 30k ranges. So an inside Disruptor orbit of 20k is possible. The danger comes from being "caught" and the two options reveal the two solutions for that possibility. The Web means you have the option of moving in closer, or using it when caught. In the above referenced fight with the Merlin, the Web saved the fight in my favor. The other pilot was flying manually and managed to get in close on two attempts. The Web allowed me to dictate range and keep those close encounters at a manageable 7-8k range, still at the edge of the Merlin's blasters. The TD works on the same principle, except it only works on gun-totting targets. Which, fairly, are the only ones you should be engaging in the Condor anyway. Range is dictating by the lack of the target being able to shoot you. The TD allows you to attack targets the Web does not and vice versa.

For most 1v1 engagements with the Condor I manually fly the ship to engagement. Depending on your skills the MWD Bloom of your Sig Radius isn't horrible, but you do make a rather tasty target when on approach. So be careful. You'll have time to decide if you want to fully engage or make a hasty retreat. Attack at the intended destination of your target and watch for them doing the same. Remember, range control.

I usually engage in what I call the Spiral Engagement. This is where I start out high and lower my circle of engagement as the target dictates. This can be dangerous. For example, I had a Firetail dead to rights the other day, but it was taking forever. I got overly aggressive and went in a tad too close and paid the price. That kill should have been mine. ( The good news is, I baited him down in the next system and killed him moments later with some bait help. )

Your DPS output is not great, so these engagements tend to last awhile. Stay patient and keep your eyes on d-scan!

As a general rule anything Destroyer or under that relies on guns is fair game. Avoid missile boats and drone boats with good skills and Warriors. ( Most other drones won't be able to hit you, you are too fast for 'em! ) I've had some success killing Ventures in them, but since you only have a Disruptor, the Venture pilot has to be an idiot to die. Luckily Eve is full of idiots.

You are faster than most frigates, but not all of them. Know your target and exploit his weaknesses.

The Condor is fun to fly if you like speed and can handle the pressure that comes with it. It is not a brawler and it has no tank to speak of. The ASB is there to keep you alive long enough to kill from range, to make those mistakes you'll make survivable and to make things interesting. The important thing is not to panic. Most fights end with you completely unhurt or deep into structure!

It is a fun ship and it won't kill your wallet to lose a bunch of them.