Year of the Sac 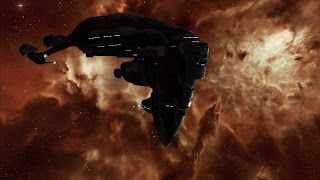 This has been, rather unintentionally, the year of the Sacrilege for me. Yesterday I went back through the entire year's worth of ship stats to see what ships I've flown and how often. Always interesting.

The caveat here is the knowledge that I didn't play much Eve at the beginning of this year. As many readers may remember I barely avoided quitting Eve due to some rather serious personal catastrophes back in January. February and March  especially, I didn't even play at all. Having said that, I've certainly made up for it during the last six months.

I'm pleased to see that I registered destruction using 38 different hulls in 2012. I also managed to avoid destroying another ship using a Battleship at all. I know I flew Battleships from time to time, but I must have been doing something else with them or just missed out. Remember these stats only tell me what ships I destroyed another ship with, not the total of all ships flown.

By far the most popular ship of this past year has been the Sac. I've registered nearly 200 ships destroyed in the T2 Cruiser and that doesn't account for probably close to that number in Pods. The Sac has become my fun-time option for killboard padding and wanton destruction of assets. And it keeps me in the iskies as I have managed to turn a fair trade in stolen lootz. So far this year I estimate I've made nearly 1b isk in pure loot profit from my efforts.

And here is the entire list of ships I flew in 2012 which destroyed at least one other ship:


I like variety. But even with that variety I'm not completely happy with myself. I need to try harder in the coming year to get some registered destruction with some other ships. I'm sure it'll happen, especially with the new Destroyers. And I really need to undock that Naga and whatever the other one is called. ( I seriously can't remember right now, isn't that weird? ) Talos?

Plus I expect other ships will be getting more use in the New Year, ships like the Rax, Condor, Caracal and others are more viable now as PvP platforms. And since I'm currently training my first BS V skill, time to raise some Hek with some BS!