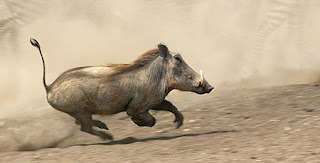 The Tusker Code is an amazing piece of work. When KaJolo and the other original founders set out to establish the Corporation they wisely put down in writing what they wanted from pilots. And while some of it is expected and necessary, this part, "I am a lifelong learner" is rather unexpected.

When I joined the Tuskers I had just broken into my first 1,000 kills ( I'm now at 2,298 ) and was hovering around 15,000 on BC's ranking system ( I'm now at 2,500 ). As anyone who has played this game longer than ten minutes can tell you, that doesn't happen unless you are dedicated to learning, adapting, and changing on a daily basis. Eve is constantly changing, but so are you. Your skills continue to improve both from a character stand-point and as a player.

I've been dealing with some of those changes during the last few weeks. I decided to take some time and learn more about the things I've been putting in my head. I didn't change much, but I re-ordered a few things here and there and made some general improvements... I think ( I hope! ). For the last two years I've been pretty much just doing the same old template when it came to implants. It was time for me to re-learn and adapt. The fall-out however, is that many of my fits have to change slightly. Nothing drastic, but again balancing effectiveness against current ( and ever-changing ) ability, functionality of chosen mods and on-going changes in the game itself ( loss of slots, power grid changes, etc.) is an on-going and time intensive challenge.

If you don't continue the process of learning, adapting and growing along with the timeline of Eve - you risk becoming subsumed by the game's own momentum. This is a fact of life and something that cannot be ignored.

I take that on-going process very seriously. I have to, not only for the sake of my in-game performance, and adherence to the Tusker Code, but also because of this blog. My readers are always the first to point out my mistakes! ( And thanks for that, it really does help. I freely admit to not knowing everything. )

On the other hand.


Sometimes it is good ( and fun ) to ignore the "right" way and do something that flies in the face of your knowledge. And that is where the second part of this brilliant Code comes in, "Knowing that the fight may be over before it has begun, I seek to engage others only on my terms."

Only on my terms. That is an amazingly brilliant piece of writing there and the sub-text for my own particular approach to Eve. I can choose my own terms. If I want to try something, even though I know it is probably bone-headed to do so, I can. This is the basis of many, many crazy fits and trials in our Corporate history. It would be easy for someone not familiar with this type of play-style to brush this off as only for the "LOLS" but that is too easy. It isn't about that really, it is actually about freedom.