I've been chillin'. Considering my options. Raisin' Hell. And thinking that I have some unfinished business to deal with. In the balance weighs the desire to continue exploring my abilities as a Solo Pirate and scourge of Low Sec, along with the need to continue making an impact on the landscape of New Eden. Whew, that's a lot.

And so, I'm going to plant a seed and see if it grows. Well, Angor and I are planting it. The last time we did this it was called Lucifer's Hammer and it grew up down in Syndicate raiding low sec, moved to Rote Kappelle, Muppet Ninjas and then founded its own Alliance called Burn Away. So that worked out rather well.

This time, in honor of our more relaxed and chillin' nature, it is called Stay Frosty. [ST-FR] and there will not be any Alliances down the road. Unless we join one someday.

Here's the deal as it stands now. If this ends up being me in a Corp by myself that is fine with me. Despite accustations to the contrary, I am not looking for drama. I'm just looking to undock and find good fights. The concept is simple, Summer is here and along with it reduced playing time. With that in mind the next three months will be frosty. If, in that time, we can put together a strong core group around which to build a successful and premier group of badass pirates, then so be it. Last time I went hard and fast and built the Corp quickly, this time I'd rather take a more organic approach and see how it goes. I'm not in any hurry.

For the time being we will continue to be based out of Hevrice. It is an incredibly rich target environment to say the least. It has a hi-sec gate for logistics and is only a few jumps from OMS, Aeschee, Heyd, Osti, Black Rise and points beyond. Not to mention plenty of FW and other types of people to explode.

The rest I'm going to leave to develop over time with the feedback of our members. Or our eventual Directors. I'm not going to dictate anything. This is an open book. A book that has a simple plot, kill all the things!

Just know this. I'm not a baby-sitter or a hand-holder. I undock and derp myself into the enemy, that's pretty much it. I can do that by myself or with a group of strong, independent minded badasses. IT'll be rough at first and I make no promises otherwise. Building a brand new pirate corp from scratch is not easy. But it is worth it if it works.

Fame. Fortune and Glory. Or Death.

If you want to talk about it, my in-game channel is easy to remember - EVEOGANDA

And who knows, maybe we'll build a fire and tell stories or sing songs. 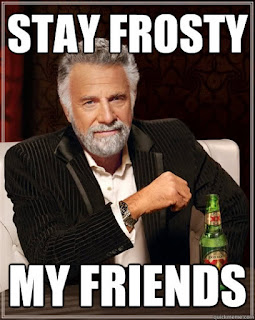