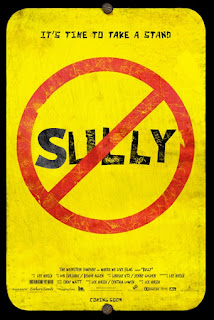 Yesterday my friend, the person who introduced me to Eve, Angor Mau - was kicked from the Tuskers. And here is the mind-bottling part - he was kicked not for Code violations, not for spamming local, not for ANY reason at all - other than he lives NEAR ME!

And to think, just yesterday I had started planning my next move. A move that would involve actually moving on. Perhaps even going so far as to remove the previous posts, sweeping the events under the carpet of time and joining another Corporation somewhere. I sent out over 40 email replies just yesterday telling everyone I was just chillin, taking some time off before doing just that - moving on.

Now? Now I must ask you dear readers for your help. This silliness has gone too far and cannot be ignored. How can you help?

I'm calling for a general BOYCOTT of all Tusker Events, good fights and anything else involving the Tuskers in-game.

The Tusker FFA is this weekend. I urge you not to participate, or do so in a way that is disruptive, against the rules, or otherwise horribly creative in the way that only true Eve players can be! I expect Cyno drops, Insta-locking Cruiser gangs, Rapiers, gate camps ( The event is in Jov, next to Hev, only two ways in!! ) and whatever else your deviant minds can imagine. Or simply don't go.

And here is some more good news for you. The reason they gave for kicking him? He was a spy! Ok, once you stop laughing I'll continue. Not even considering the fact that I haven't seen Angor for a long time, I don't need spies. If I wanted to know anything about what is happening on the forums ( which, seriously? What could that be?! ) all I have to do is ask. Heck, most of the time I don't even need to ask. That's because half your friggin' Corp would tell me!

This was a really bad decision. Unfair. Unjust. And uncalled for. I ask my fellow Tuskers, if Sully can kick someone simply because of his own paranoid delusions - who will he kick next?  Certainly not the non-Tusker Tawa and certainly not himself!

Even though Sully breaks the word and the spirit of the Tusker Code all the time?! I ask you my friends, how many times has Sully paid out to you personally? I know it is a running joke amongst us all, but seriously. How many times? ( That's right Boss, we laugh behind your back. A lot! )

"I split loot equitably with my gangmates, being especially gracious with those who have suffered material loss." - Tusker Code

Angor and I have served together and apart for five years. He was a Tusker before I was a Tusker, having served in the Corporation twice! He is the one that introduced me to them over four years ago during the Hunt For Rixx Javix event. One of my first ever events in-game. He is someone I know in real life and a good friend. And now he has been kicked for no damn good reason. He was in the Tuskers before, back when his intel would have actually have been useful for me. And you didn't kick him then.

I was willing to walk away. My point had been made.

Who is next? My friends in the Tuskers have a lot to think about today.


BOYCOTT the Tuskers. More to come.


PS: Some have asked for proof that Angor was kicked "for no reason" other than he lived near me.

"Today you have had your forum access removed and your roles stripped.

This decision was made by the Tusker Directorate based on evidence showing that your forum account has been compromised and is being used by unauthorised personnel to access private Tusker Forums.

You will be removed from The Tuskers as soon as your stasis period is up.

The evidence is based on IP similarities, which, since we live within several miles of each other, is only a function of the internets and not devious intent.