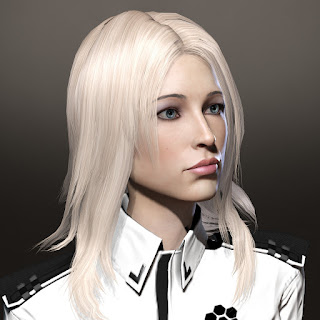 [ This was originally posted on the Stay Frosty forums, reprinted here with permission.]


So it occurred to me the other night that I have now been a part of Stay Frosty for a month, and what a month it has been. However I wanted to look back and thank you all personally for my warm welcoming to not just the corporation, but low sec and PvP life as a whole. I wanted to do this in corp chat, but chose not to as those offline at the time would never see it and I didn't want to disrupt the flow of intel with locations of enemies, gangs, etc.

Before Stay Frosty, I was going between careers with my character and generally not enjoying the game as much as now. Having started the game as many do as a Miner due to not wanting to invest the time into growing an understanding of the deep combat systems EVE is known for. I started the game with a few friends I had come to know from other games and MMO's. But sadly EVE is not for everyone and I was alone within a few weeks of beginning so naturally, I quit.

Upon returning to the game a few months ago, I decided I wanted to shoot things. My childhood dreams of spaceship adventures always involved meeting enemies and destroying them, so why play a close imagining of that dream only to shoot rocks for hours on end? I began training Akirra for mission running, moving up the progression lines of level one's onto two's and finally running three's for quite some time. It occurred to me one day however that I was generating income, and doing nothing with it. The first billion or so was exciting but it just sat there in my characters wallet.

One day, I decided I'd look for a livestream to see how exciting the other side of the game could be. I'd seen recorded videos of huge fleet action but nothing matches the level of insight you can get into how a game is played than watching a livestream on a site like Twitch.tv. Naturally I popped open the EVE stream with the most current views and it just so happened that it was the 10th anniversary of EVE and the Flight of a Thousand Rifters event was being covered on Themittanidotcom's stream.

This is where I met Marc Scaurus, the first person I have to thank for all the fun of the last month. As if I hadn't met and interacted with him, I'd either still be shooting rats or more than likely quit once again. The stream they ran at the time was not perfect and as a very frequent (It's almost a problem) visitor of Twitch, I decided to help and give input on what they could do to improve. Before long, I was a Moderator for the channel and a friend of Marc. I was told about Stay Frosty as something I should consider as I've always liked PvP in other games over PvE and the corporation was said to be laid back and more importantly, have no long application process to prove I'm not pretending to be this bad.

My first day out in Hevrice was slow, Marc had offered to teach me the basics such as the importance of using safes, aligning and dscanning. Along the way we got a few kills, my first kills, which were exhilarating as even if the kills were reasonably meaningless and small, I had accomplished something. The night was fully one-up'ed however after Marc had logged off for the night and I was roaming alone.

I was alerted by Mattias Kerensky that there was a Cruiser and Assault Frigate gang moving around Hevrice. I joined him as we scanned them down, I never expected that we'd do anything about their presence, but I undocked in my Caracal just in case. We ended up on a planet when to my surprise, Matt brazenly gave the enemy our location via local. Whilst I was sure we were about to be horribly killed by an outnumbering force as the Thorax, Vexor and Vengeance warped in, I was reassured to stand our ground and fight them.

Primarying the Vengeance and moving onto the Thorax, they dropped like flies. Whilst the end of the engagement was incredibly close as I was deeply into structure, we won the fight outright as the Vexor finally poofed. As I was instructed to warp out and get safe, I realized what had just happened and that I'd proved to myself that I wasn't going to be the innocent high sec'er anymore.

As weeks have rolled by, more events have proven the strength of this Corp and its pilots. No matter how old your character is or your understanding of the game. From my first Hulk kill alongside Joffy Aulx-Gao to the amazingly awesome accomplishment of being part of taking down Sully's Hyperion, we have proven ourselves in such a short time that we don't have to leave Hevrice because someone else says so. Most importantly, we did it and had fun.

It was through Stay Frosty's acceptance to new players and the guidance I've recieved that any of this happened. Whilst I can sometimes feel down when The Tuskers are cruel to me in local, or when I am simply outplayed by another pilot. I do not regret a minute of my playtime in EVE and within the corporation in the last month.

So, thank you Stay Frosty.